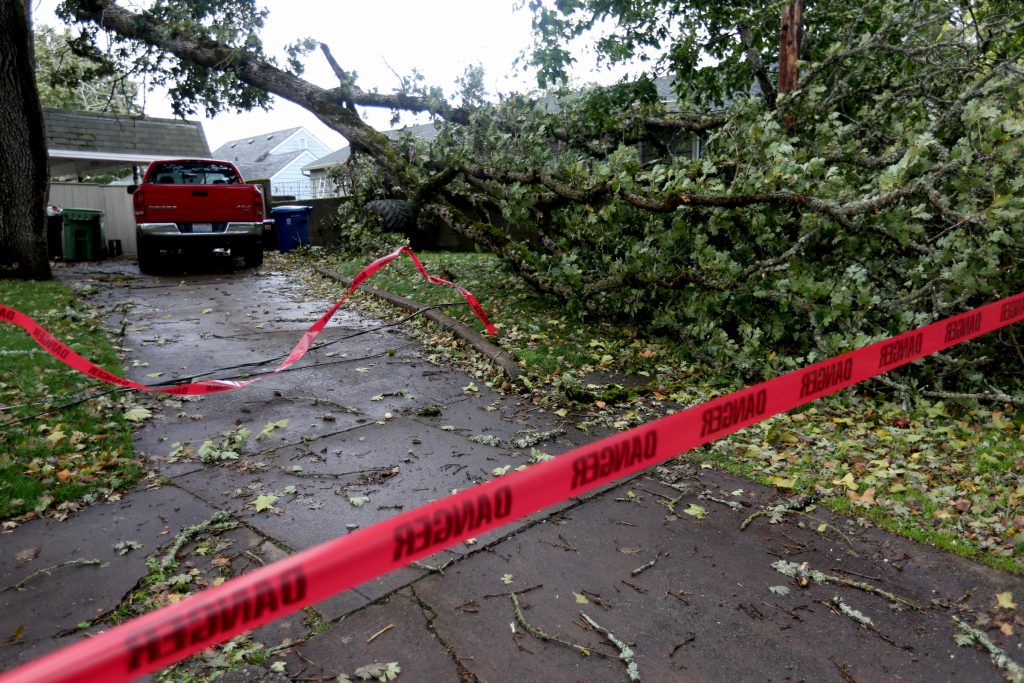 Thousands of residents in the Pacific Northwest remained without power Sunday as the remnants of a potentially apocalyptic typhoon began to fizzle out.

Emergency crews in Oregon and Washington worked through the night to restore power lines and remove dozens of downed trees to clear roads that the storm had damaged over the past two days.

Meteorologists still expected rain and wind gusts as high as 30 mph throughout Sunday, but conditions were not expected to be as bad as predicted.

The storm was originally forecast to be one of the worst in recent history.

Officials with the National Weather Service said in a statement that they plan to study why the storm was not as extreme as anticipated over the next few weeks.