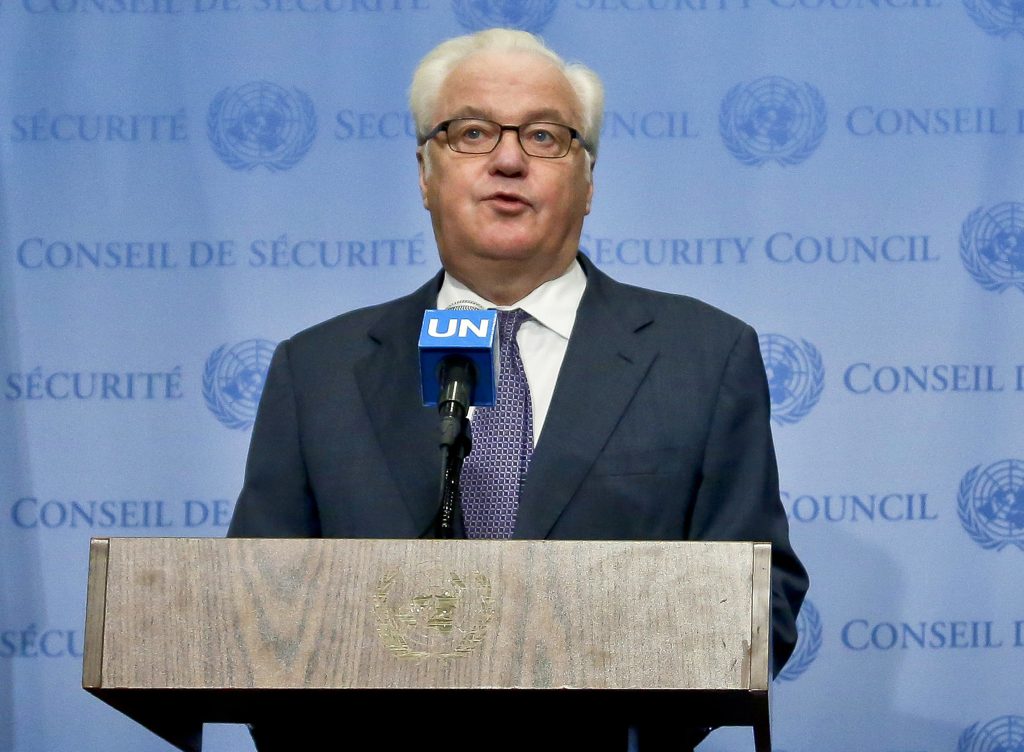 Russia’s U.N. ambassador said that tensions with the United States are probably the worst since the 1973 Mideast war.

But Vitaly Churkin said Friday that Cold War relations between the Soviet Union and Russia more than 40 years ago were different than U.S.-Russia relations today.

“The general situation I think is pretty bad at this point, probably the worst … since 1973,” he said in an interview with three journalists at Russia’s U.N. Mission.

But Churkin said that “even though we have serious frictions, differences like Syria, we continue to work on other issues … and sometimes quite well.”

That wasn’t the case generally during the Cold War.

When Egypt and Syria launched a surprise attack against Israel on Yom Kippur of 1973, the Mideast was thrown into turmoil. And according to historians, the threat of an outbreak of fighting between the Soviet Union, which backed the Arabs, and the United States, Israel’s closest ally, during the Yom Kippur War was the highest since the 1962 Cuban missile crisis.

Churkin said there are “a string of things” that have brought U.S.-Russian relations to their current low point.

“It’s kind of a fundamental lack of respect and lack of in-depth discussions” on political issues, he said.

Churkin pointed to the U.S. and NATO deciding to build their security “at the expense of Russia” by accepting many East European nations formerly in the Soviet bloc as NATO members, and the United States pullout from the Anti-Ballistic Missile Treaty in 2001.

One of “the greatest provocations” during President George W. Bush’s administration was the 2008 NATO summit, which decided that Ukraine and Georgia should become NATO members, he said.

Most important, he said, was the conflict that erupted in eastern Ukraine in April 2014, weeks after a former Moscow-friendly Ukrainian president was chased from power by massive protests. Churkin called it “a coup” supported by the United States. Soon after, Russia annexed Ukraine’s Crimean Peninsula, which has led to Western sanctions against Moscow.

Ties between Washington and Moscow have deteriorated further in the past month after the collapse of a ceasefire in Syria and intensified bombing on Aleppo by Syrian and Russian aircraft, and U.S. accusations that Russia is meddling in the U.S. presidential election next month. But despite the strained relations, U.S. Secretary of State John Kerry and Russian Foreign Minister Sergei Lavrov met Saturday in Lausanne, Switzerland, in an effort to look at possibilities for restoring a ceasefire.

Churkin also pointed to other positive achievements in U.S.-Russia relations even at this low point. He cited agreements in the U.N. Security Council in recent years supported by Moscow and Washington, even on Syria — allowing cross-border aid deliveries without government approval and establishing a team of experts to determine responsibility for chemical weapons attacks in the country. He also cited council resolutions to combat terrorism.

The United States and Russia were also key players in last year’s nuclear deal with Iran, and last week they agreed on the Security Council’s nomination of former Portuguese Prime Minister Antonio Guterres as the next U.N. secretary-general, which Churkin said was “maybe the best success of the Security Council in the last five years.” Guterres was elected by acclamation Thursday by the General Assembly.

Churkin said Russia would like to normalize relations with the United States.

“If the change of administration is going to help, that’s fine,” he said. But even if President Barack Obama stayed for another term, which he is barred from doing, “we would be pushed to try to get back to normal in our relations.”