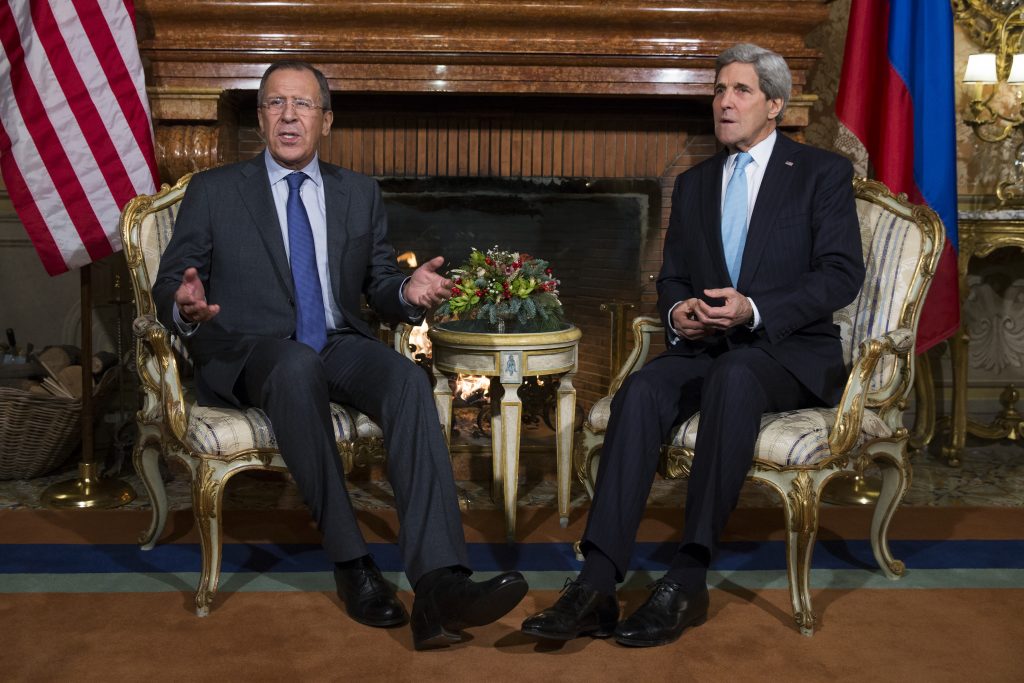 Talks between the United States, Russia, and other nations on the Syrian war ended Saturday with no apparent agreement.

“We spoke out for the political process to begin as soon as possible,” Russian Foreign Minister Sergei Lavrov told Russian media after the talks. The negotiators favor continued contact, he said.

U.S. Secretary of State John Kerry is scheduled to speak Sunday concerning the process and results of the Swiss talks with foreign ministers of Britain, France and Germany.

But concerning Saturday’s negotiations to secure some sort of respite including humanitarian aid deliveries to civilians in the northern Syrian city of Aleppo, Kerry said only. “We’re working very hard.”

The round of diplomatic talks began with Lavrov and Kerry holding a 40-minute meeting, the first since Oct. 3 when the U.S. suspended talks with Russia, accusing the Kremlin of not doing its part to end the war.

Also at the negotiating table in Lausanne were the foreign ministers of Iraq, Egypt and Jordan, which also have stakes in Syria’s five-year war.

Russia has maintained that its airstrikes on Aleppo have targeted militant groups, including al-Qaida-linked fighters, holding parts of the city. However, the U.S. and other Western powers want the Russian attacks to end because of civilian casualties.

Syrian President Bashar Assad said in an interview published Friday by the Russian newspaper Komsomolskaya Pravda that his military, which Russia helps, will conquer Aleppo, with the victory providing momentum to push militant groups northward toward Turkey, “where they came from.”