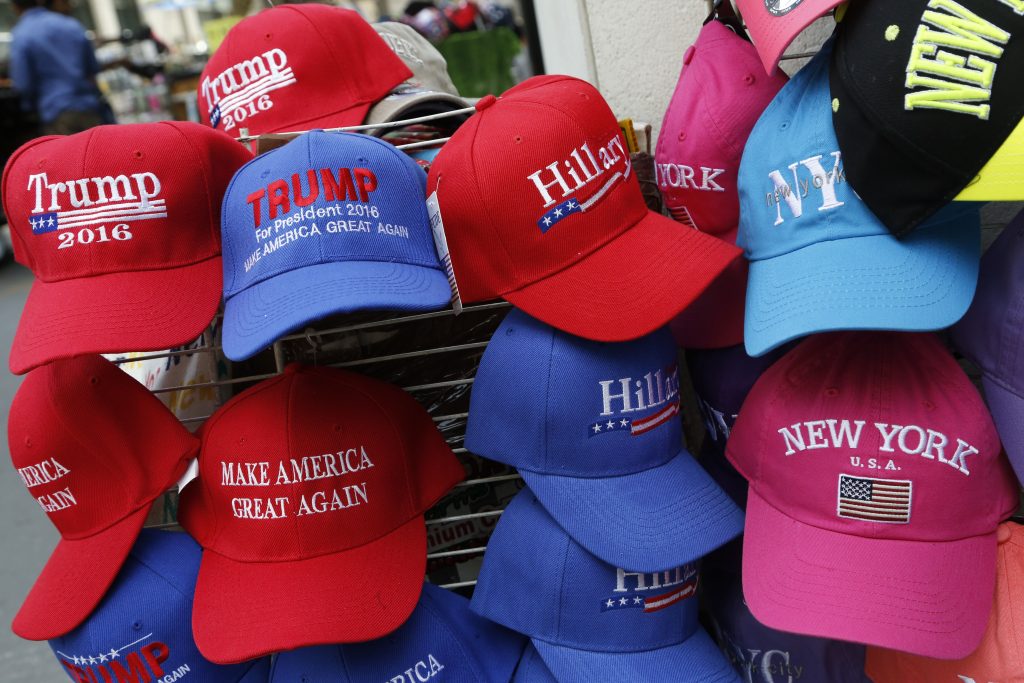 Some key Republican officeholders and candidates are reaffirming their support for Donald Trump despite new allegations. The Republicans argue that Trump would still be better on key issues like energy and the Supreme Court than Democrat Hillary Clinton.

“Hillary Clinton will not change the Obamacare disaster, the out-of-control regulators or our terrible foreign policy,” said Sen. Roy Blunt of Missouri, who is running for re-election. “I think with a Republican Congress, that he may be able to do that.”

Said West Virginia GOP gubernatorial candidate Bill Cole, president of the state Senate, “You have one candidate who wants to be there for our coal and our natural gas industry, and another one that wants to destroy them.”

In the wake of last week’s disclosure of a 2005 videotape of Trump, some big-name Republicans withdrew their support, including Sens. John McCain of Arizona, Kelly Ayotte of New Hampshire and Rob Portman of Ohio, all of whom are up for re-election.

But at least publicly, there appeared to be no one new jumping ship on Thursday, perhaps because of the fury of GOP base voters, goaded by Trump himself, over the original defectors. A few of the original defectors subsequently got back on board, including Sen. John Thune of South Dakota, a member of the Senate’s GOP leadership.

Despite the new level of controversy surrounding Trump, Republican consultants generally believe that he has a core of supporters who will not abandon him. So for elected Republican officials in red states like Missouri, West Virginia or Arkansas, especially anyone running for office, denouncing Trump may not be a smart move.

House Speaker Paul Ryan of Wisconsin, who on Monday announced he would not defend Trump or campaign for him, appeared before the Waukesha County Business Alliance Thursday but refused to take questions from reporters. He told the group he wanted to have a discussion on ideas and not “all the mudslinging and the mess that’s out there.” He did not mention Trump.

In Arkansas, Gov. Asa Hutchinson reiterated his support for Trump on Thursday, saying that while the candidate’s remarks are troubling, their being raised amid a political campaign makes the situation “very muddy.”

“You have two candidates that are both flawed, and the American public just has to evaluate it,” Hutchinson said. “My evaluation is on the big picture items of where our economy goes, where we go in fighting ISIS, in terms of the Supreme Court.”

In Kansas, Rep. Lynn Jenkins has urged voters to remember that the next president will determine the direction of the Supreme Court. Jenkins said Thursday: “I’m not going to come out with a new statement on the presidential race very time a new headline hits the papers. My position on that race has been known for months.”

And in Nebraska, Rep. Adrian Smith said that electing Hillary Clinton “would be a disaster.”

“The choice in this election is between Clinton and Donald Trump,” Smith said, “and on issues such as border security, terrorism, repealing Obamacare and appointing Supreme Court justices, my support has always been for the Republican ticket.”