Politics At Clinton Rally, Obama to Try to Tie Republicans to Trump
Politics 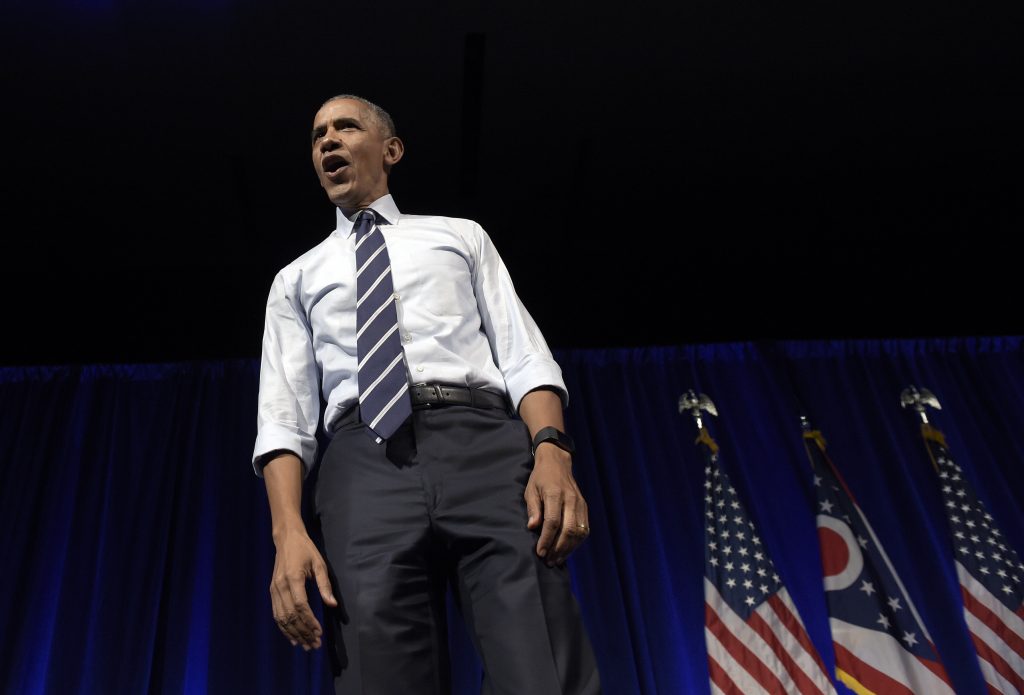 Refusing to give Republicans the benefit of the doubt, President Barack Obama is working to saddle GOP candidates across the country with the baggage of Donald Trump and his inappropriate comments.

Obama will rally for Democrat Hillary Clinton on Friday in Cleveland, Ohio, appearing in one of just a handful of toss-up states that could potentially swing to either Clinton or Trump on Election Day. Campaigning for Clinton has become Obama’s central focus for the month of October and constitutes his best chance to prevent his accomplishments of the last eight years from being reversed by a Republican successor.

Yet as polls suggest Trump’s chances of winning the White House declining, Democrats have increasingly shifted focus to trying to maximize their gains by winning as many congressional seats as possible — perhaps enough to retake control of the Senate and, in a long shot, even the House.

To that end, Obama on Thursday signaled the strategy his party intends to deploy: refusing to let Republican candidates off the hook for their controversial presidential nominee, even if they’ve disavowed him.

“You can’t wait until that finally happens and then say, ‘That’s too much, that’s enough,’ and then say somehow you are showing some type of leadership and deserve to be elected to the United States Senate,” Obama said at a dinner in Columbus for Ohio Democrats. “In fact, I’m more forgiving of the people who actually believe it than the people who know better and stood silently by, out of political expediency.”

Ohio, with its diverse mix of cities and rural areas, is a coveted prize every four years, seen as a barometer for the shifts in the nation’s political climate. This year, it’s one of just four states that polls still suggest are toss-ups, along with Nevada, North Carolina and Florida.