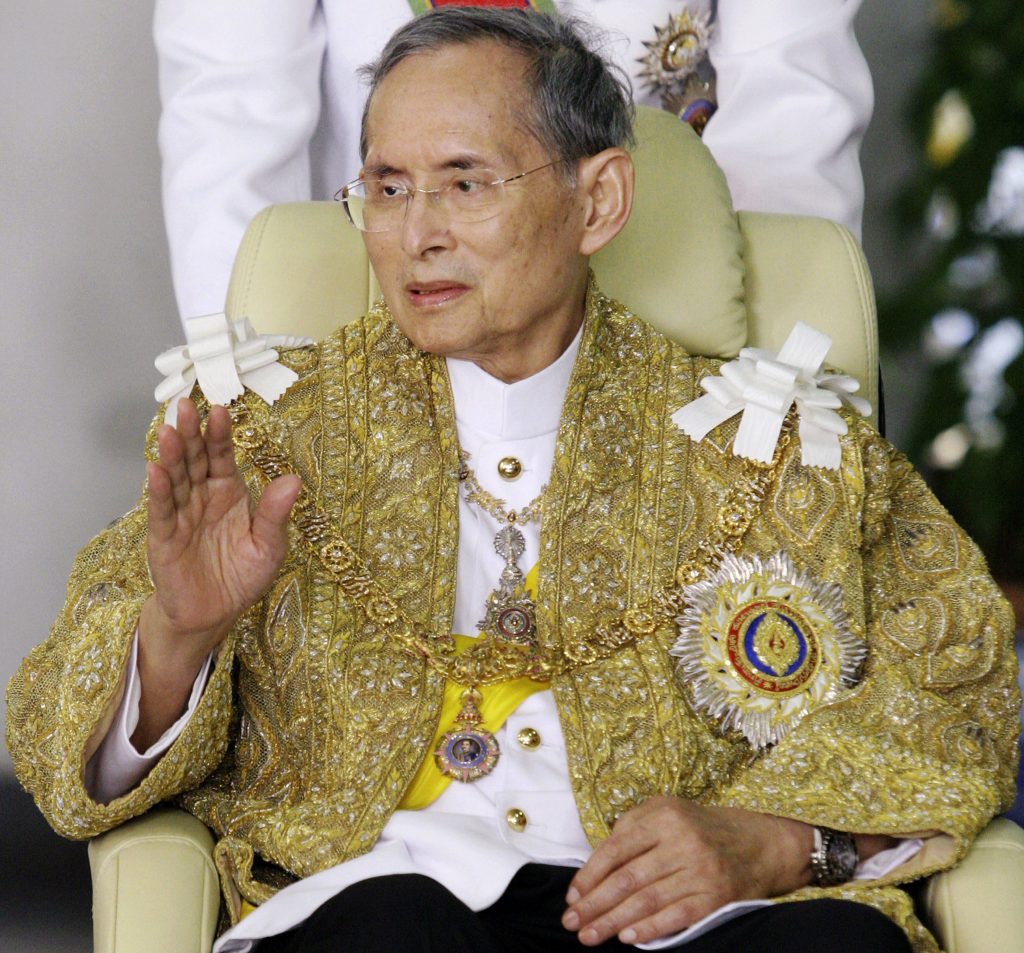 Thailand’s King Bhumibol Adulyadej, who was the world’s longest-reigning monarch, died in the hospital on Thursday, the palace said in an announcement. He was 88. King Bhumibol reigned for seven decades after ascending the throne in 1946. His loss will be deeply mourned in Thailand, where he was regarded as a pillar of stability during decades of political upheaval and rapid development.

The palace did not give a reason for his death but he has been hospitalized with various ailments for much of the past year.

“His Majesty has passed away at Siriraj Hospital peacefully,” the palace said, adding he died at 3:52 p.m. local time.

His son and heir apparent, the 63-year old Crown Prince Maha Vajiralongkorn, is expected to become Thailand’s new king. Parliament was due to meet in a special session later on Thursday after a meeting of the cabinet, a legislature official said.

Anxiety about the king’s health and the succession has formed the backdrop to over a decade of political upheaval in Thailand that has included two coups.

More than 1,000 people gathered at the hospital where the king had been staying. Many of them started to cry as the news of his death broke.

“I feel so saddened by this news. He has given so many things to the country,” said Apinut Jaroonpipatkul, a 25-year-old medical student.

King Bhumibol was seen as a force for unity, and there have long been concerns that without him the country’s divisions could worsen. That seems unlikely under the military government of Prime Minister Prayuth Chan-ocha, who has kept a tight grip on power since toppling an elected government in 2014.

Prince Vajiralongkorn has yet to command the respect and adoration that his father drew after a lifetime on the throne.

He has kept a lower profile than King Bhumibol for most of his life but in the past two years took on more of the public duties the king was no longer able to perform.

Thailand’s strict lese-majeste laws has left little room for public discussion about the succession. It has been so long since Thailand has had a succession, there is no modern precedent.

Thailand is expected to be in mourning for months and possibly longer, and the prince’s coronation will not take place until that mourning period is over. When the king’s sister died in 2008, a 100-day mourning period was declared.

The king was seen as head of an institution central to Thai identity and as a father figure to the nation.