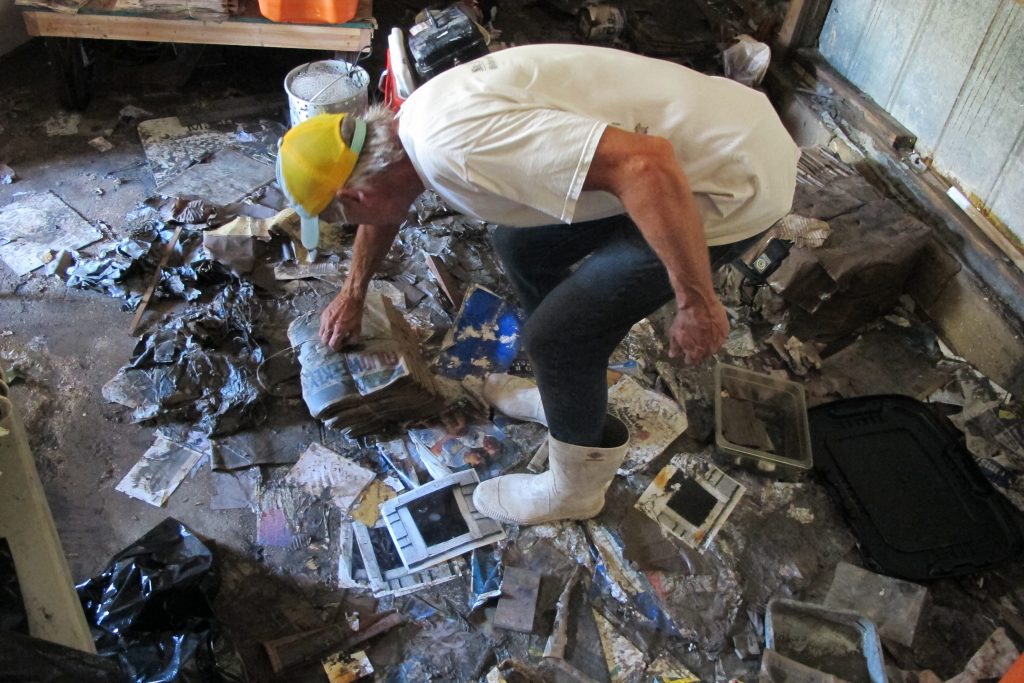 Waist-deep floodwaters from Hurricane Matthew coursed down the street and seeped under Lori Galemore’s doors, swamping the carpets and furniture as she and her three sons retreated upstairs, where they stayed until firefighters arrived by boat.

Galemore and her neighbors in Pooler, a community about 35 miles inland from the evacuated Georgia coast, were deluged not by seawater driven ashore by the hurricane, but by rain and runoff that overwhelmed a drainage ditch at the end of their cul-de-sac.

“Everybody said, ‘You’re not in a flood plain. You don’t need flood insurance,'” Galemore recalled Wednesday as her husband and sons threw out soggy furniture, waterlogged books, towels and blankets and wet chunks of drywall. “And flood insurance is expensive. Who wants to pay that?”

As of August, only 19 percent of homeowners in Florida had flood insurance, 2 percent in Georgia, 9 percent in South Carolina and 5 percent in North Carolina, according to the Federal Emergency Management Agency. Even in high-risk flood zones, the rate in those states ranged from just 25 percent to 65 percent.

Industry officials say it is a troubling situation, especially since the risk of flooding appears to be on the rise.

“We seem to be having more and more flooding events, be it climate change or other things. We’re seeing areas that are experiencing flooding events that may not have experienced them in the past,” said Cynthia DiVincenti, a vice president at Aon National Flood Services.

Ordinary homeowner insurance typically covers wind damage — torn-off roofs, fallen trees — but not flooding. While homeowners in the high-risk zones must get flood insurance if they have a federally backed mortgage, lots of flooding takes place outside those designated hazard areas.

That was the case when heavy storms flooded parts of South Carolina last year and an unnamed storm recently inundated the Baton Rouge, Louisiana, area. The damage in Baton Rouge was put at $660 million, and most people there had no flood insurance.

“Flooding is the most common and costly disaster we see in the United States,” said FEMA spokesman Rafael Lemaitre. Flood claims have averaged more than $1.9 billion per year since 2006, according to federal officials.

Flood insurance in low- to moderate-risk areas averages $400 to $600 a year, according to FEMA. FEMA, through the National Flood Insurance Program, offers flood insurance because it’s generally not profitable for private insurers to sell it.

Homeowners without flood insurance may qualify for federal grants for shelter and food, but those are typically small sums and aren’t meant to replace all losses. Homeowners can also apply for low-interest disaster loans, which must be repaid.

Matthew sideswiped Florida and Georgia last week before blowing ashore briefly in South Carolina and unloading more than a foot of rain on North Carolina, where it triggered disastrous flooding. The U.S. death toll is well over 30.

Walter Coker’s fish camp on the Matanzas River in Crescent Beach, Florida, was inundated. The 4-foot surge destroyed a warehouse on the property where he stores furniture imported from Indonesia. The boat slips he rents out were torn apart, with the huge wooden pilings used to hold the docks jerked out of the river bottom. Floodwaters inundated his bait and tackle shop, ruining the coolers that hold bait and beer.

“I did look into it. It would’ve been very expensive,” he said. “It’s one of those things you don’t buy it on something you don’t think will happen.”