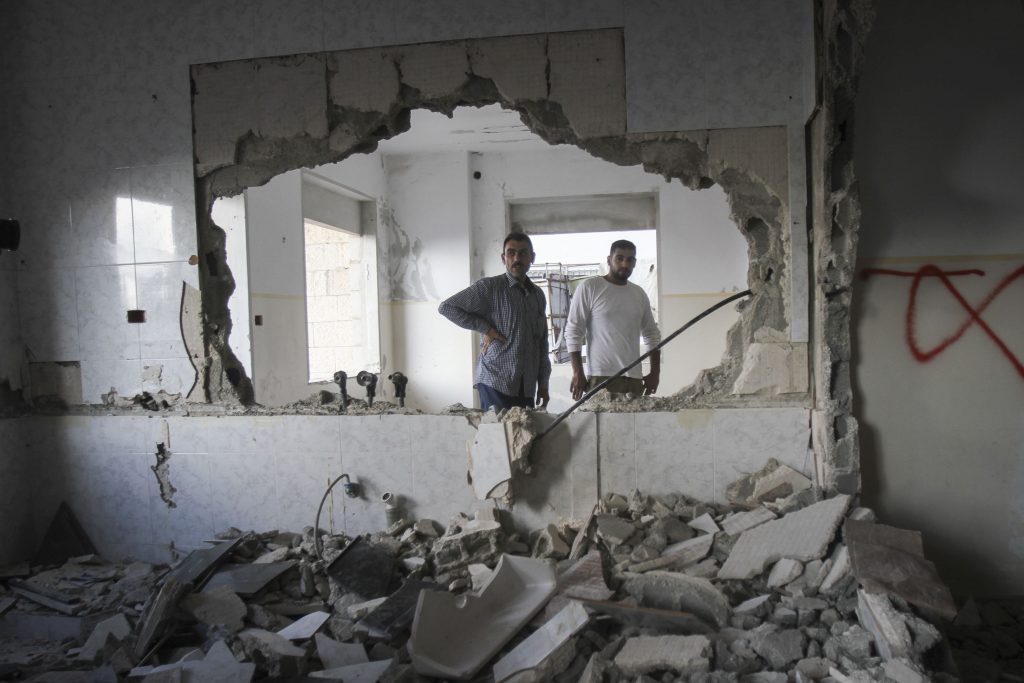 The IDF on Tuesday demolished the family home of a Palestinian convicted of being an accomplice to a horrific terror attack last Sukkos, in which Rabbi Eitam Naama and Henkin, Hy”d, parents of four young children who were in the back of the car when their parents were murdered.

The IDF said the accomplice, Amjad Elewi, assisted in the “planning and execution” of the shooting attack. He is serving two life sentences plus 30 years for his role in the attack.

Security forces Tuesday morning shut down a candy store owned and operated by the family of the terrorist responsible for Sunday’s deadly shooting attack near the Ammunition Hill light rail station in Yerushalayim.

According to an IDF spokesperson, following the attack the store became a focal point for supporters of the terrorist, who took celebrated in front of the establishment, taking pictures and distributing candies and material endorsing the attack.

The army spokesperson said that the store had become “a center for support of terror activity.”