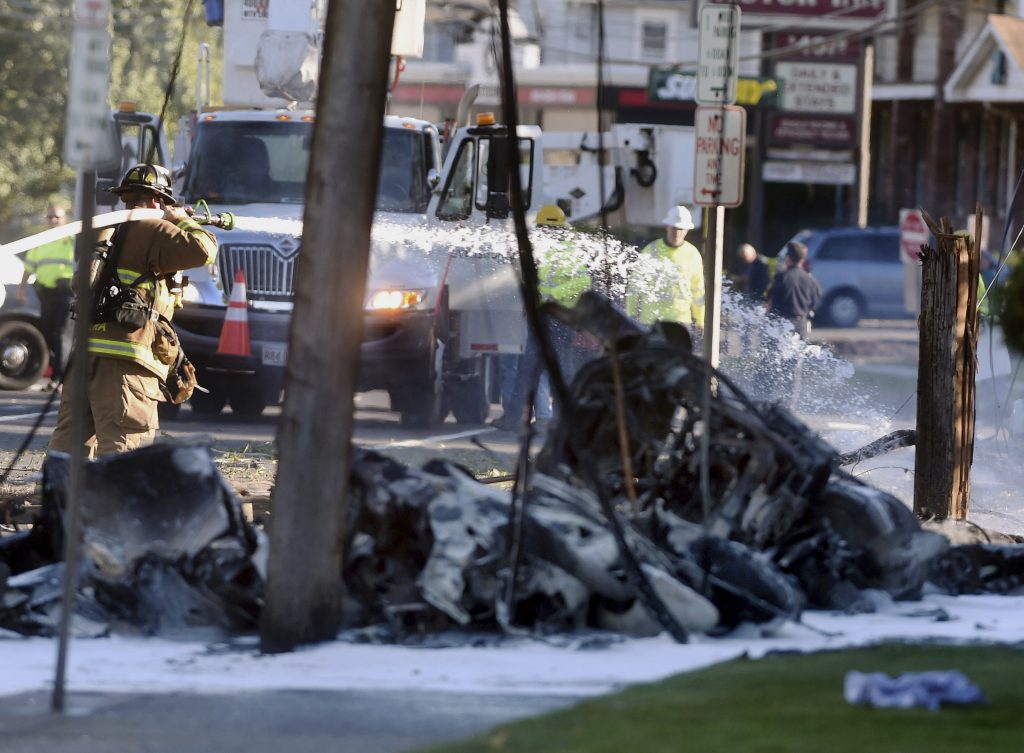 The FBI is taking over as lead investigator in the deadly crash of a small plane carrying a flight instructor and a student pilot because of indications that it might have been a criminal act, safety officials said Wednesday.

The National Transportation Safety Board said its initial investigation indicates the Tuesday afternoon wreck on a busy street in East Hartford was intentional. An agency spokesman, Terry Williams, said he couldn’t elaborate on the basis of that finding.

The badly burned survivor told police detectives that it was not an accident, according to Mayor Marcia Leclerc.

“It’s troubling,” Leclerc said. “But I also know that stories change and information can be skewed. We’re waiting for the facts to come out.”

Authorities said a student pilot and an instructor were trying to land the Piper PA-34 Seneca at Brainard Airport in Hartford when it struck a utility pole and crashed onto the road at around 4 p.m., bursting into flames. The crash site is a short distance from the airport, across the Connecticut River and in line with the runway.

The plane had two sets of controls, East Hartford police Lt. Joshua Litwin told reporters Wednesday. He said he didn’t know which person was controlling the plane when it crashed. It also wasn’t immediately clear whether the student or the instructor was the survivor.

The police chief initially asked the FBI to assist in the investigation because it happened so close to Pratt & Whitney.

“The path that the plane took could have been much worse. So we’re very fortunate in that sense,” Chief Scott Sansom said.

Pratt & Whitney said its operations weren’t affected by the crash and none of its employees was involved.

Police say the survivor is hospitalized with serious burns and is expected to live. The other person remained in the wreckage and was presumed dead. Police haven’t released their names.

Two people in a minivan that came close to colliding with the plane were taken to a hospital with minor injuries.

In Hartford, local, state and federal authorities were investigating an apartment in connection with the plane crash, Deputy Police Chief Brian Foley said. He did not release more details, including why the apartment was being investigated.

“The scene is safe and secure,” Foley said. “We want to assure our residents they are not in danger.”

Democratic Gov. Dannel P. Malloy, who was briefed by the state police commissioner, said he has not yet decided to beef up security anywhere in the state in light of the crash.

Authorities urged people to avoid the crash site as investigators continued their work.