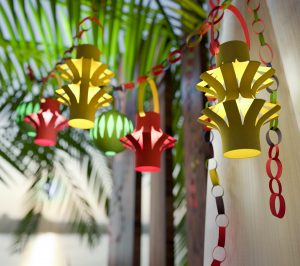 An out-of-court settlement that allowed a resident of a senior community in New Jersey to construct a sukkah on his property could be an important victory for others contending with a clash of residency by-laws and religious liberty.

The individual, who prefers not to be named, purchased his home earlier in the year, and is one of the few Orthodox residents of the private community. Noting the community’s ban on constructing structures outside of one’s home, he applied for a waiver to allow him to build a sukkah in advance of the Yom Tov. After his request was denied by the condominium board’s Architectural Review Committee, he reached out to Agudath Israel Legal Support Services for help.

“You are allowed to make by-laws, but not one that is against the Constitution, and this was clearly limiting his religious exercise,” Rabbi Avi Schnall, Director of Agudah’s New Jersey Division told Hamodia.

A letter was penned on behalf of the resident by attorney Larry Loigman, explaining the need to accommodate this resident’s religious needs. In response, the board’s attorney organized a meeting between the involved parties, at which Mr. Loigman demonstrated several instances of case law supporting the applicant’s claim.

“They understood that a sukkah is a biblical requirement and an Orthodox resident has no way to remain home without one,” Mr. Loigman explained. “We also stressed how a resident’s sukkah in no way interferes with the lives of neighbors.”

The board, on the advice of their attorney, not only dropped their denial of the application, but made a permanent change in their by-laws allowing for the construction of sukkos provided they are in the back of the home, agree with the color scheme of the community, and are taken down within a few days after the end of Yom Tov.

Rabbi Schnall said that in the days that passed since the settlement was publicized, he had personally received several calls from individuals in similar situations saying that they hoped to build on the recent success and apply to build sukkos in their communities as well.

“Agudath Israel uses every avenue available to protect religious freedom. We are however extremely pleased that both sides were able to reach a satisfactory consensus in the boardroom, rather than the courtroom,” he said.