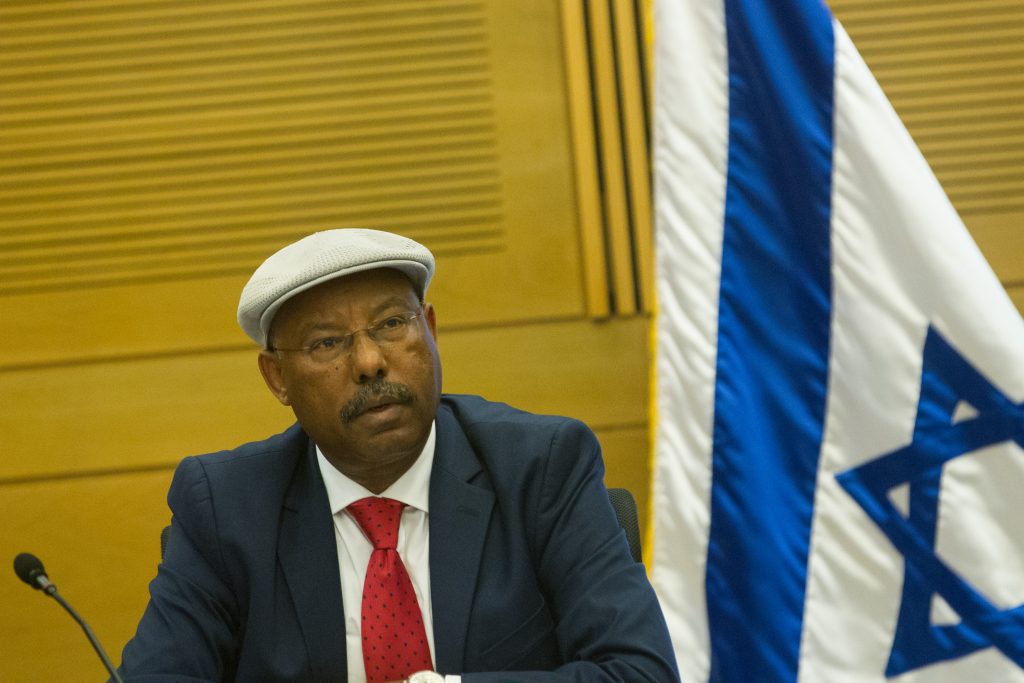 After an interval of three years, 93 immigrants from Ethiopia arrived in Israel on Sunday night, the initial phase of a process that will bring 9,000 more by the end of 2020, The Jerusalem Post reported on Monday.

About 1,300 are expected by the end of 2016, in accordance with a government decision made last August. That decision cancelled the officially declared end of the migration from Ethiopia three years before.

MK Avraham Neguise (Likud) greeted the newcomers at Ben Gurion Airport, offering his blessing to the families who had been reunited after years of separation. “But in the same breath, I don’t forget those who still have family waiting.”

Neguise, who came from Ethiopia in 1985, has been a leading advocate for the Falash Mura, the name given to those of the Beta Israel community in Ethiopia and Eritrea who – under compulsion and pressure from missionaries – converted to Christianity during the 19th and 20th centuries.

Neguise and MK David Amsalem (Likud) refused to vote with the coalition until the immigration was approved.
“When I came here 31 years ago I was in the same situation you are in now.” he told the group. “With some effort, I managed to integrate in society, to get an education and to become a legislator. I believe that every one of you can also integrate and advance in Israel through personal efforts and equal opportunities.”

The new olim were headed to Tsefas, where they will begin their new lives in Israel.