Politics ANALYSIS: Trump May Have Tried to Bandage a Deep Wound With a Bandaid
Politics 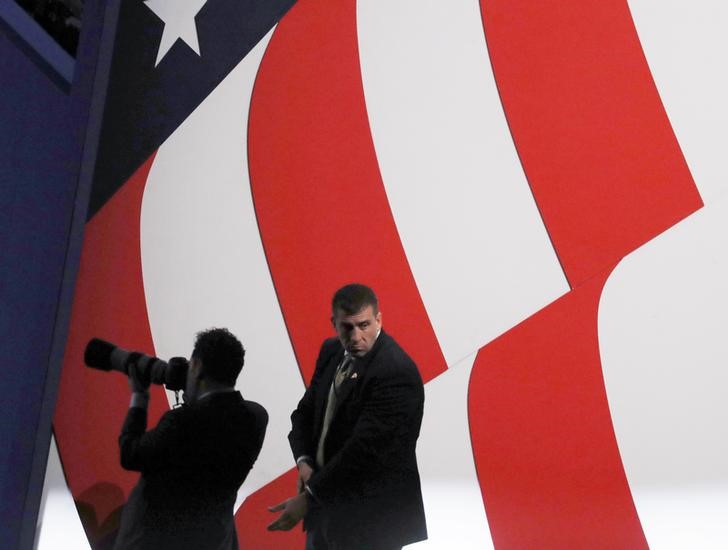 Donald Trump may have done just enough in Sunday’s presidential debate to keep his leaky presidential campaign afloat – and that may have placed Republicans considering abandoning him in an even tougher position.

Had Trump imploded, the flow of lawmakers and party luminaries who deserted him at the weekend over inappropriate comments caught on a videotape likely would have become a torrent, increasing demands for him to drop out of the race.

But that didn’t happen. Now, Republicans who have seen their party torn apart by Trump’s candidacy are once again faced with a familiar dilemma: Publicly abandon a badly wounded candidate who is endangering closely contested congressional races, or stand behind him in the dimming hope that he can still win them the White House.

The Manhattan real-estate mogul delivered a feistier and more disciplined performance than at the first debate, hammering his Democratic opponent Hillary Clinton on her use of a private email server while she was secretary of state.

That likely endeared him to the rowdy supporters who have packed arenas across the country for more than a year while perhaps doing little to reel in the more moderate voters in swing states who his campaign will need to defeat Clinton in the Nov. 8 election.

“His no-holds barred approach to Hillary tonight is what conservatives have wanted to see out of a candidate since Bill Clinton was in office,” said Craig Robinson, former political director of the Iowa Republican Party. “The Republican base and talk radio will love this performance.”

But the party is still hitched to a deeply flawed candidate. A recent Reuters/Ipsos poll showed close to 20 percent of Americans were still undecided on which candidate to support. Sixty percent of those were women.

A poll taken by CNN immediately following the debate showed Republicans have reason to be anxious. Viewers said Clinton had beaten Trump in the encounter, 57 percent to 34 percent.

The furor over the 2005 videotape led dozens of lawmakers to denounce him, including Arizona Senator John McCain. Their condemnation plunged the party into its worst crisis since the resignation of President Richard Nixon, a Republican, in 1974.

The House Republican Conference, a body comprised of the almost 250 Republicans in the House of Representatives, was set to meet on Monday to discuss the foundering Trump campaign, a House leadership aide said. Republican officials have another worry: that Trump’s unpopularity may lead many Republican voters to stay at home on Election Day.

Against this backdrop of panic and condemnation, Trump on Sunday sought to rally the party’s base with a fresh barrage of provocative attacks on Clinton that will give the media something else to talk about.

He offered a blistering critique of her handling of foreign policy while she was the country’s chief diplomat and brought to the debate stage his rally cry for her to be jailed.

In doing so, Trump may have tried to bandage a deep wound with a bandaid.