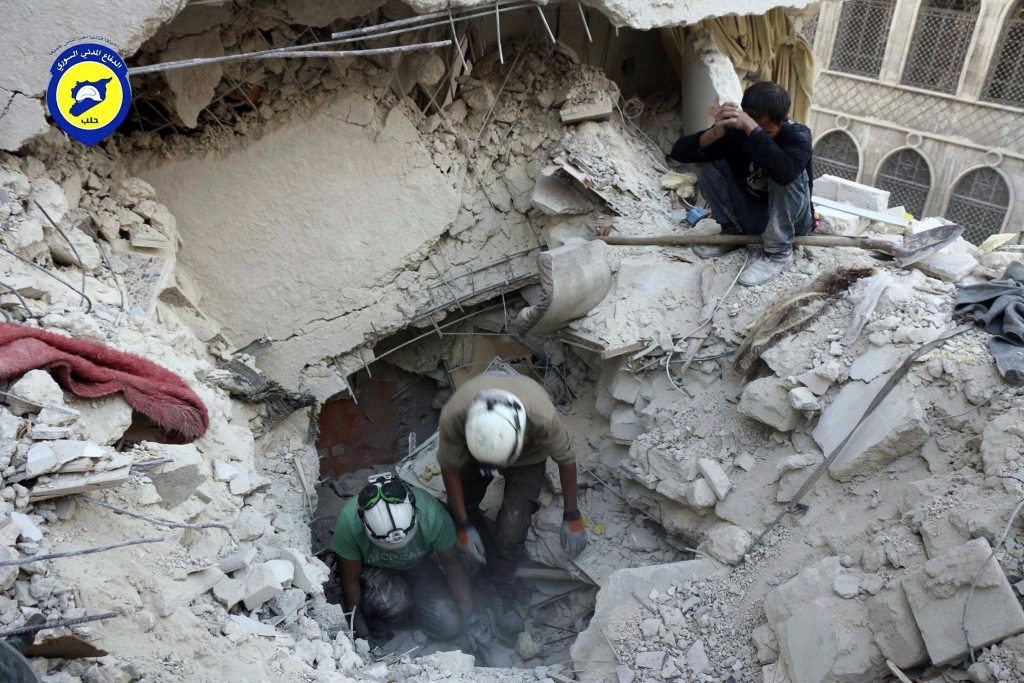 An international medical aid agency pleaded on Monday for access to treat the wounded in the eastern, rebel-held part of Syria’s Aleppo even as government forces pressed on with their offensive to retake that part of the embattled city.

Doctors Without Borders, which supports eight hospitals in Aleppo’s besieged eastern quarters, said that only 35 doctors remain in eastern Aleppo, amid an estimated population of 275,000.

The organization, which also goes by its French acronym MSF, said in a statement that the medical workers in Aleppo are exhausted and facilities overstretched and facing an impending fuel shortage.

Syrian government forces and their allies have kept eastern Aleppo under siege since July. The U.N. has warned that the Aleppo bombardment by Syrian and Russian warplanes could leave thousands dead by the year’s end, and aid officials are demanding an immediate pause to the violence.

“Russia and Syria must stop the indiscriminate bombing now and abide by the rules of war to avoid the extreme suffering of the unprotected civilian population,” said Pablo Marco, MSF’s operations manager for the Middle East.

The Britain-based Syrian Observatory for Human Rights, an activist network which monitors the conflict in Syria through local contacts, reported heavy fighting between Syrian rebels and pro-government forces along the east-west Aleppo front lines. Another activist-run group, the Local Coordination Committees, said rebels were fighting to push government forces away from the city’s largest water facility, which serves over a million people.

Meanwhile, the Observatory also said Monday that Syrian pro-government forces recaptured two towns north of the central city of Hama in a counteroffensive aimed at reversing a string of losses to ultraconservative rebels in the region.

After weeks of rebel advances along the central city’s countryside, which appeared aimed at severing the government’s connection between the capital of Damascus and Aleppo, the country’s largest city, the rebel coalition dissolved into infighting over the fate of the extremist Jund al-Aqsa group, paving the way for the government advance.

Jund al-Aqsa is considered by rebels and the opposition as more extreme than even the al-Qaida-linked rebel faction in Syria, the Fatah al-Sham Front which was previously known as the Nusra Front. On Sunday, Jund al-Aqsa agreed to merge itself into Fatah al-Sham as a way to defuse costly intra-rebel clashes.