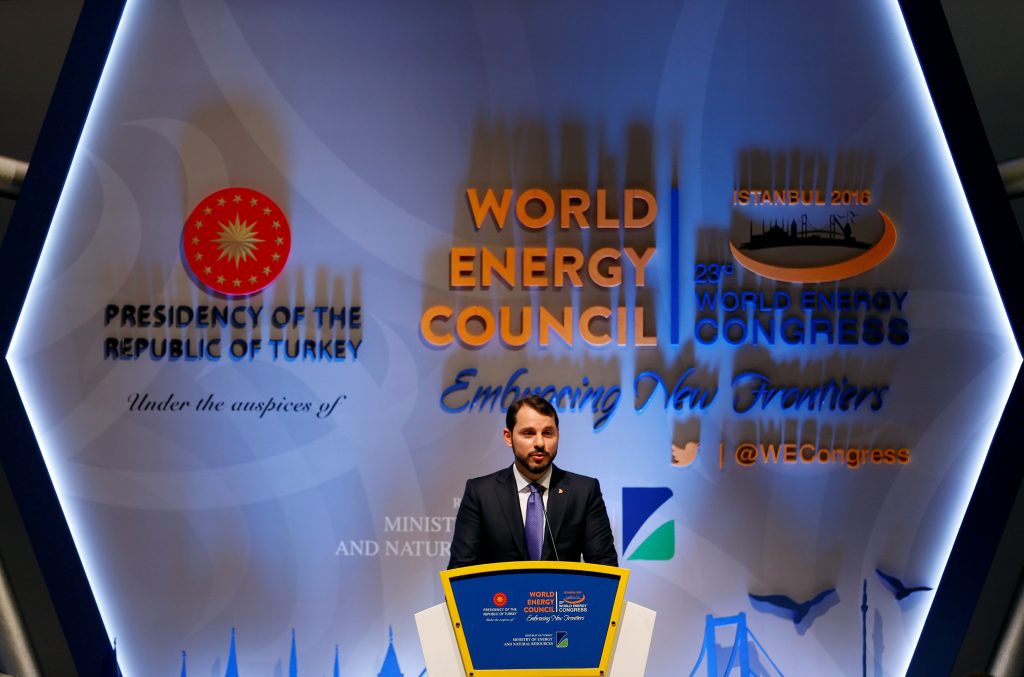 The first high-level, government-to-government meeting on energy issues since the Israel-Turkey rapprochement will take place in Istanbul on Thursday, Globes reported.

Minister of National Infrastructures, Energy and Water Resources Yuval Steinitz will meet his Turkish counterpart, Berat Albayrak, on the last day of an international energy conference that opens in Istanbul on Sunday.

Steinitz’s office said the two ministers “will discuss the export of gas from Israel to Turkey, and cooperation on energy matters between the two countries.” The energy conference is being run by the World Energy Council, in which 90 countries are represented.

Steinitz’s staff declined to say whether he had been officially invited to meet Albayrak, but only that it was the result of contacts conducted over a long period of time.

Perhaps more important than the niceties of protocol are the remarks of Turkish President Recep Tayyip Erdogan. At a recent press briefing, Erdogan said: “This meeting has been postponed several times. I believe that it will take place, and only after it will we know what steps will be taken going forward.”

In any case, the meeting is unlikely to be more than exploratory, according to Globes, which cited “doubt over the economic viability of exporting gas from the Leviathan reserve to Turkey.”

Technical difficulties, such as laying a pipeline about 300 miles long in deep water on a rocky seabed, will make it costly and drive up the price. In addition, there is the not-inconsequential matter of the opposition of Cyprus to a Turkish pipeline.

The impetus to buy Israeli gas from the Turkish side is clear, though. Earlier this year, the Institute for 21st Century Energy graded the energy security of the 25 OECD countries, placing Turkey 23rd on the list. Turkey obtains 55 percent of the gas it consumes from Russia, and relations between the two countries have undergone crises. It imports 16 percent of its gas from Iran, 13 percent from Azerbaijan, and also imports liquefied gas from Algeria and Nigeria. The OECD recommended that Turkey diversify its energy sources as much as possible, since 35 percent of power production in the country relies on natural gas, and Turkey itself produces less than 0.5 BCM of natural gas in its own territory.