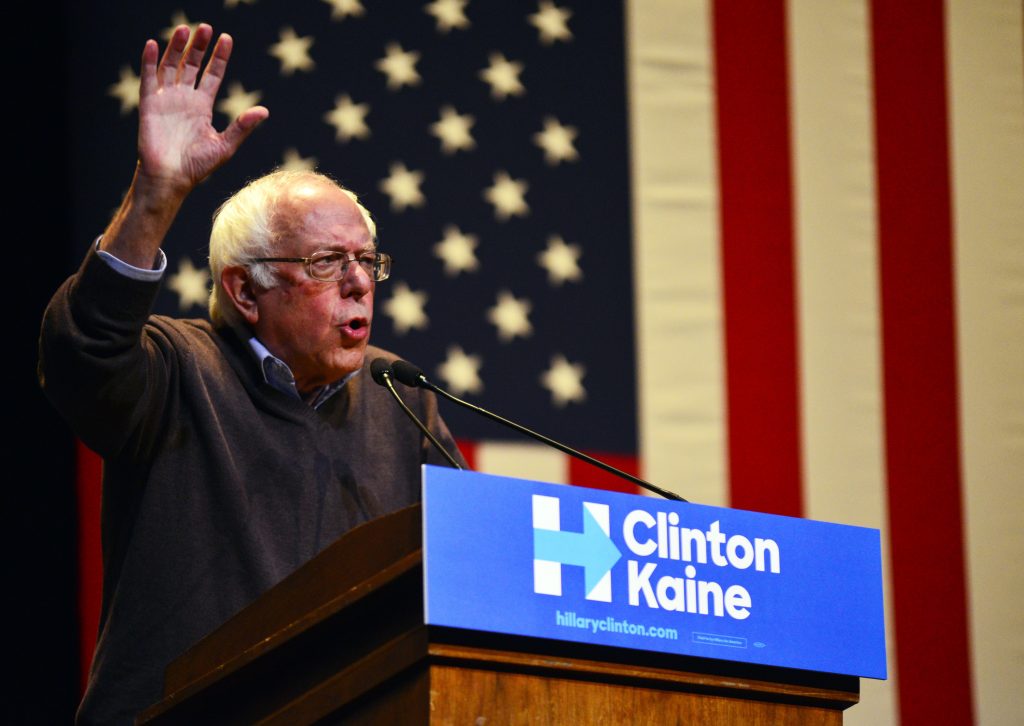 For progressive Democrats, the release of hacked emails suggesting a tight relationship between Hillary Clinton and Wall Street and her dream of “open trade and open borders” was an uncomfortable reminder of where she stood when her presidential campaign began.

During her primary contest with Sen. Bernie Sanders of Vermont, Clinton moved to the left on both issues, pledging tougher oversight of the big banks and announcing opposition to a trade pact she had previously called the “gold standard.”

The question going forward is what Clinton would do upon reaching the White House. Democrats close to Clinton said on Saturday that the remarks are clearly a political problem, but they insisted they are probably not an accurate guide to how she will govern.

Republican nominee Donald Trump sought to use the comments to paint her as an out-of-touch elitist. Republicans also hope the leaked comments can mitigate damage from Trump’s vulgar remarks and drive a wedge between the Democratic nominee and liberals.

Both the Wall Street speech remarks and the Trump comments came to light late Friday, and both are expected to figure prominently in the second presidential debate on Sunday evening in St. Louis.

“Hillary Clinton’s secret Wall Street speeches prove what we have known all along — that Clinton is a self-serving Washington insider who has continued to deceive the American people for 30 years,” Trump senior communications adviser Jason Miller said in an email to reporters that outlined several potentially unflattering quotes or subjects from Clinton’s addresses to the Wall Street banking giant Goldman Sachs and other finance groups.

The comments are drawn from an email describing speech transcripts that Clinton has refused to release despite months of intense criticism, especially during Clinton’s unexpectedly difficult primary battle with Sanders.

The remarks were made during paid appearances after Clinton stepped down as President Barack Obama’s first-term secretary of state and before she launched a second presidential campaign. They show a politician at ease with the lexicon and mandate of international finance and a realpolitik approach to world events.

Several liberal activists acknowledged discomfort Saturday upon seeing some contents of speeches they had long sought as evidence of Clinton’s ties to Wall Street. But they suggested that the timing of the release — long after the primary campaign and as Trump’s political fortunes appear to sink — will blunt their effect. The language will help liberals hold Clinton’s feet to the fire on Wall Street reform and on the selection of Cabinet secretaries, some activists said.

Adam Green, co-founder of the Progressive Change Campaign Committee, said the speech transcripts highlight where Clinton was on trade and Wall Street rather than where she wound up after a campaign in which she was pushed by Sanders and other progressives.

“If these were things she said last week, it would be a bit different,” Green said. “Instead, these reinforce concerns that predated the primary that she attempted to address.”

Sanders issued a statement Saturday seeking to contain the political damage and reinforce the policy shifts Clinton has made.

“Whatever Secretary Clinton may or may not have said behind closed doors on Wall Street, I am determined to implement the agenda of the Democratic Party platform which was agreed to by her campaign,” Sanders said.

During the primary campaign, Sanders frequently raised the issue of Clinton’s paid speeches to corporate interests as a way to question her judgment, sometimes employing a snide tone.

“The way I see it, if you’re going to give a speech and get $225,000, it must be a really brilliant speech,” Sanders told a crowd at the University of Illinois in March, for example. “It must be opening new vistas of human thought.”

The Clinton campaign has refused to authenticate the hacked emails or comment on the substance. It warned Friday of the potential for documents to be faked and passed off as material pertinent to the U.S. election.

The email released Friday, apparently hacked from Clinton campaign chairman John Podesta, is an exchange with a campaign staffer who had reviewed transcripts of the speeches. The staffer flagged excerpts that could be politically problematic.

Among them, Clinton said she dreamed of “open trade and open borders” throughout the western hemisphere, a reference to her views on open markets among allies but a phrase the Trump campaign said Saturday connotes “catastrophic plans for completely open borders” and a diminishment of American influence.

The leaked transcripts show Clinton saying that successful politics can necessitate having “both a public and a private position” on hot-button issues. That leaves room for arm-twisting and leverage out of the public view, she suggested.

And in 2014 she mused that her own family’s relative wealth — she and former president Bill Clinton were earning millions annually from books and speeches — left her “kind of far removed” from the middle-class economic angst and social upheaval wrought by the 2008 financial crash.

Clinton’s campaign was founded on a pledge to return stability and opportunity to the middle class and to help small businesses.

Neil Sroka, a spokesman for Democracy for America, said he saw little surprising about Clinton’s past views in the hacked emails.

“I don’t think there was anyone who was paying attention during the primaries who is going to be surprised by these,” said Sroka, whose group backed Sanders in the primaries but now supports Clinton. “What’s in those emails is exactly what you would have expected her to say.”