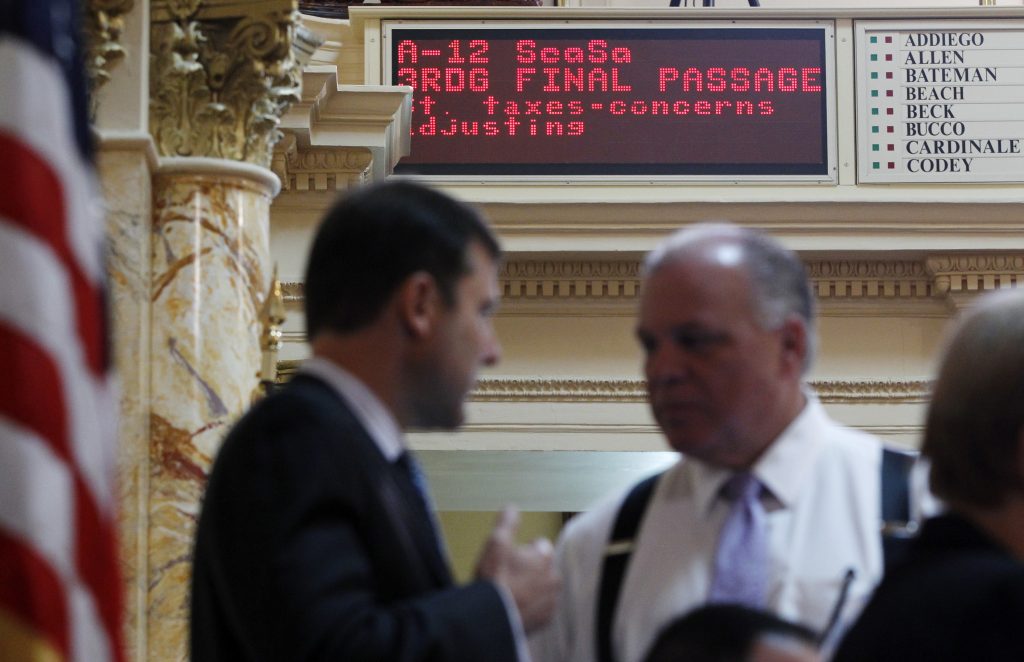 Gas in New Jersey is about to get more expensive after lawmakers voted Friday to raise the tax by 23 cents per gallon to pay for the state’s expired transportation trust fund.

If Republican Gov. Chris Christie approves the bill, which he is expected to, it would make New Jersey’s gas tax the sixth-highest in the nation, up from 49th before. It would still remain lower than the gas tax in neighboring New York and Pennsylvania, though.

The measure would go into effect Nov. 1 or 15 days after Christie signs it, whichever is later.

The bill — raising the tax from 14.5 cents per gallon while cutting the sales and estate taxes — passed in the Democrat-led Assembly and Senate despite robust bipartisan opposition from lawmakers and many residents.

“This is the most dangerous bill that has ever been presented, certainly since the 39 years that I’ve been here,” said Democratic state Sen. Ray Lesniak, who opposed the measure.

But it also had significant support from business and labor groups, including the Chamber of Commerce. Most significantly, it had the backing of Christie, Democratic Senate President Steve Sweeney and Democratic Assembly Speaker Vincent Prieto. They announced the deal together at a news conference last month.

“When you get in these jobs, you have to do what’s right. You can’t just say no,” Sweeney said.

The transportation trust fund expired three months ago, and Christie ordered the shutdown of transportation projects. Christie had said he would only support a plan that represented “tax fairness,” or cutting other taxes if the gas tax was going to increase.

The deal includes raising the earned income tax credit, which helps low-income residents, from 30 to 35 percent for the current tax year, as well as increasing the tax exclusion on retirement income over four years to $100,000 for joint filers. Veterans would get a personal exemption for state income taxes under the measure.

Christie and leaders call the new measure, which would boost the transportation trust fund from $1.6 billion to $2 billion a year, a compromise.

Not everyone is happy about the deal, though. Both Republicans and Democrats have spoken out against it.