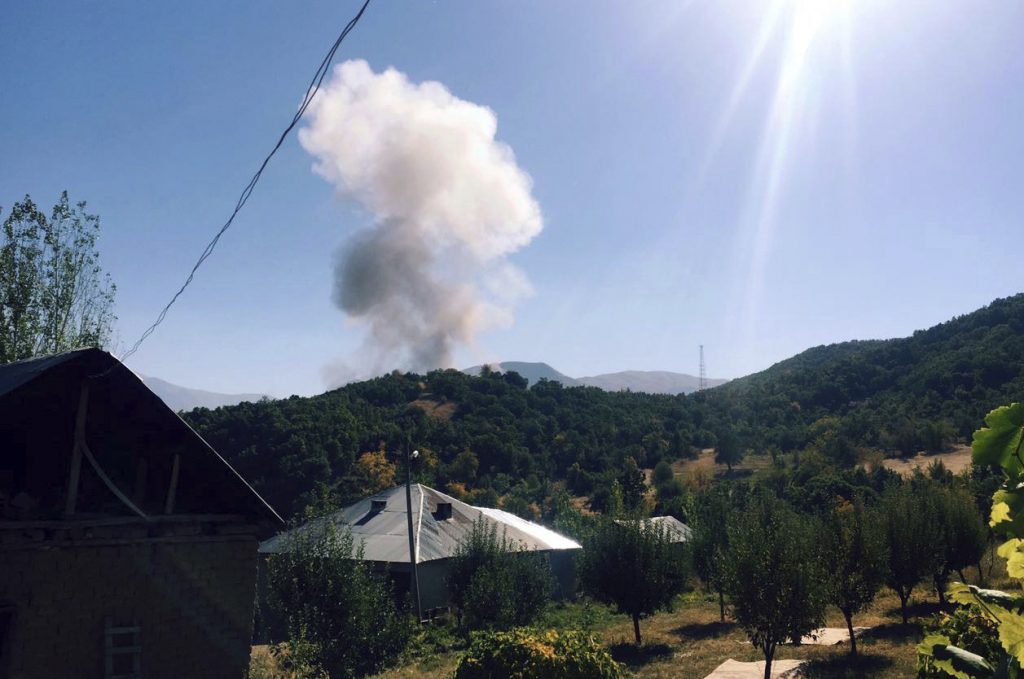 Nine Turkish soldiers were killed and more than 20 people were wounded on Sunday when suspected Kurdish terrorists detonated a car bomb that ripped through a checkpoint near a police station in the country’s southeast, security sources said.

The blast hit the Durak gendarme station, 12 miles from the town of Semdinli, in a mountainous part of Hakkari province near the border with Iraq and Iran, where Kurdistan Workers Party (PKK) terrorists are active.

Soldiers looked on as locals wandered amid mangled wreckage and debris from the explosion at a checkpoint where vehicle searches are conducted, video footage on CNN Turk showed.

Authorities were on high alert for possible attacks on Sunday, 18 years to the day since PKK leader Abdullah Ocalan fled Syria before being captured by Turkish special forces in February the following year.

He has since been in prison on an island near Istanbul.

On Saturday, a man and a woman who authorities suspect were PKK terrorists preparing a car bomb attack detonated explosives and killed themselves near the capital Ankara in a stand-off with police.

On Saturday, 12 people were killed, including eight PKK terrorists. Four civilians were killed by gunfire from an armored police vehicle in the town of Yuksekova near the Iranian border.

On Thursday, a bomb attack near a police station in Istanbul wounded 10 people. The Kurdistan Freedom Hawks (TAK), a PKK offshoot, claimed responsibility for that blast.

The PKK, which launched a separatist insurgency in 1984, is designated a terrorist organization by Turkey, the United States and the European Union.

A two-year ceasefire between the group and Turkish authorities collapsed in July last year and the violence subsequently rose to levels not seen since the height of the conflict in the 1990s.

The surge in violence coincides with a Turkish military operation in northern Syria in support of rebels and designed to drive away from the border Islamic State terrorists and a Syrian Kurdish militia closely linked to the PKK.

President Tayyip Erdogan chaired a security summit with the head of the armed forces and ministers in Istanbul on Saturday, but details of the meeting have not been disclosed.