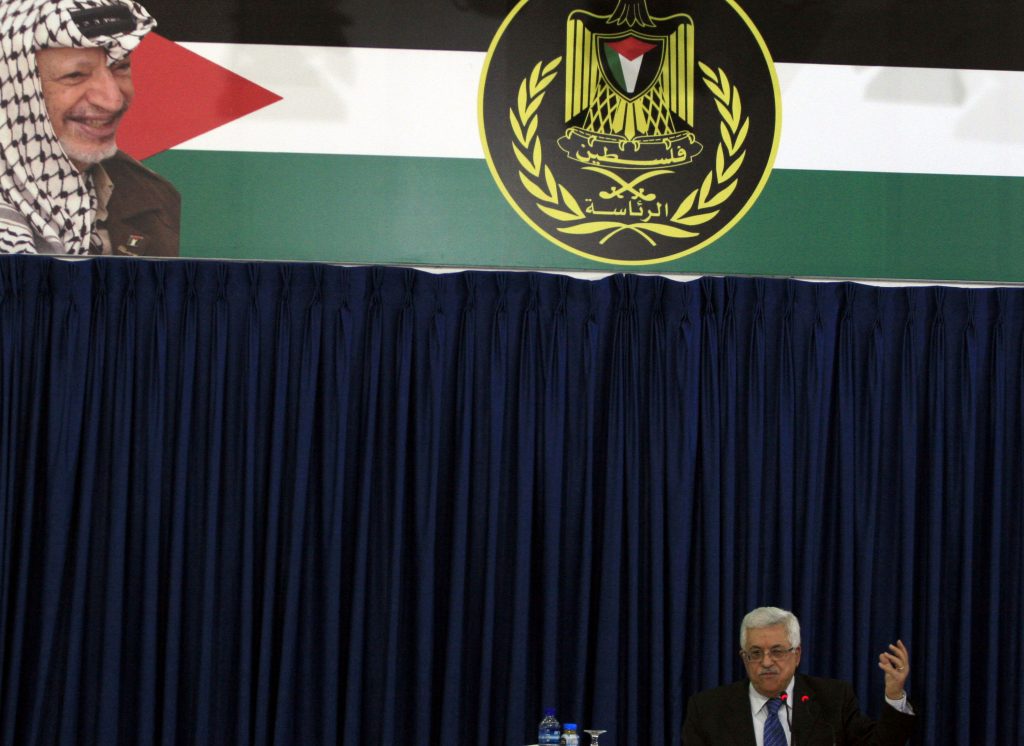 Palestinian leader Mahmoud Abbas, 81, received a clean bill of health after undergoing an emergency heart procedure on Thursday. But his brief hospitalization drew attention to the lack of a clear successor to the aging leader and the ongoing rift between rival governments in Yehudah and Shomron and the Gaza Strip.

Abbas, leader of the Fatah Party, was elected leader of the Palestinian Authority in 2005 for what was supposed to be a four-year term. One year later, the rival Hamas terror group defeated Fatah in parliamentary elections and violently seized control of Gaza in 2007. Abbas has remained in control of parts of Yehudah and Shomron ever since, while no national elections have been held.

Despite his age, plummeting popularity and history of health issues, Abbas has ignored calls over the years to appoint a successor. A long list of senior officials and security chiefs would likely covet the job, though there is no clear front-runner.

Here are some possible successors to Abbas:

The nephew of the late Palestinian leader Yasser Arafat is popular among Palestinians. Al-Kidwa served as Palestinian foreign minister and as the Palestinian representative to the United Nations. Originally from Gaza, al-Kidwa spent decades living abroad in New York, Cairo and Paris before moving to Ramallah. Al-Kidwa is a member of the Fatah Central Committee, but some in Fatah oppose him because of his close ties to Abbas’s rival Mohammed Dahlan.

Ghoneim is the second-most powerful figure in the Fatah movement. Although he is a political unknown, he is seen as a possible interim leader and a guarantor of Fatah unity. Ghoneim is among the founders of the Palestinian Liberation Organization. Raised in Jerusalem, Ghoneim lived in exile in Tunisia for years, and opposed the Oslo interim peace accords. In 2008, he moved to Ramallah. Palestinians have raised eyebrows at his advanced age and low profile.

The veteran Palestinian negotiator with Israel is seen as Abbas’s closest aide and favored successor, having displayed unwavering loyalty to the Palestinian leader. Late last year, Abbas appointed Erekat as secretary-general of the Palestine Liberation Organization, the same position Abbas once used as a springboard to the leadership of the PA following the death of Arafat in November 2004. Erekat is seen by some in Fatah as an outsider, and polls indicate he would do poorly in elections for leader of the Palestinian Authority, the self-rule government set up in the 1990s.

The Palestinian uprising leader, who is serving multiple life terms in an Israeli prison, is expected to run for leader from his cell once Abbas is out of the picture, according to his inner circle. Opinion polls have consistently shown Barghouti to be the most popular Palestinian politician. At a time when two-thirds of Palestinians want Abbas to resign, opinion polls suggest Barghouti would handily defeat a Hamas challenger, such as former Gaza-based Prime Minister Ismail Haniyeh, in presidential elections. It’s not clear, however, if Palestinians would choose a leader who is in Israeli jail during an actual election. Israel also has given no indication it would be willing to release him.

Serving as Abbas’s prime minister from 2007-2013, the economist won praise from the international community for cleaning up the Palestinian Authority’s finances. At the same time, the political independent has failed to build broad political support at home. Over the past year, he has made overtures to former nemesis Hamas, an odd alliance that could help him in a leadership bid.

Hamas, an Islamic group sworn to Israel’s destruction, might sit out presidential elections because of its past experience of being shunned by the international community over its refusal to renounce violence, and might instead settle for serving as kingmaker. If Hamas does compete, a likely candidate would be Haniyeh, a preacher-turned-politician and one of the most powerful figures in the movement.

Born in a Gaza refugee camp, the charismatic and pragmatic Dahlan was once seen as a promising future leader. He lost political standing after the loss of his native Gaza to Hamas in a 2007 takeover and a falling-out with Abbas in 2010. In exile in Dubai, Dahlan expanded his business interests and forged close ties with the leaders of Egypt and the United Arab Emirates. He has used money and political clout to shore up support in Gaza, though his influence is weaker in Yehudah and Shomron. Confidants say Dahlan expects to return to the region once Abbas is no longer in office and will likely serve as a deciding voice between contenders for the leadership.

The gravelly voiced former PA security chief is known for his bluntness and mercurial temper. Rajoub was one of the most powerful men in the PA until Israeli troops trashed his security compound during the second Palestinian uprising in 2002. Rajoub has made a comeback, rising to the top ranks of Fatah. Rajoub and Dahlan are bitter rivals, which will likely keep both out of the top leadership post.