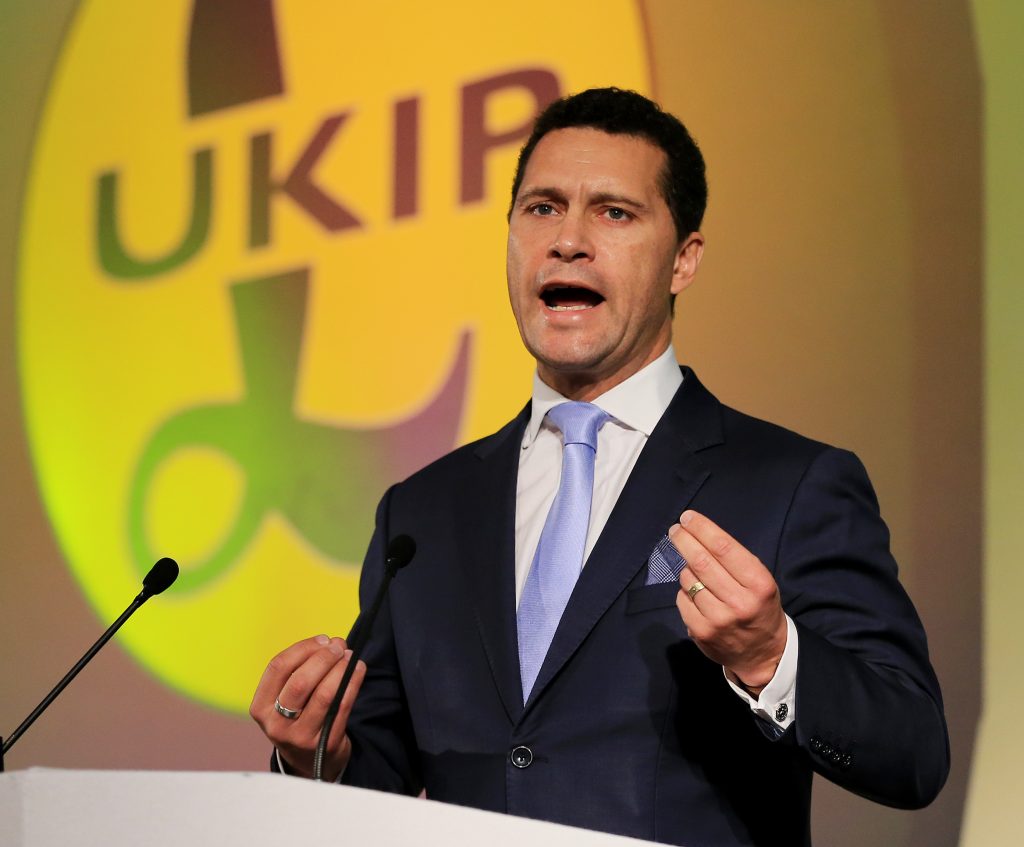 A European Parliament member from Britain’s right-wing U.K. Independence Party — the front-runner to be UKIP’s next leader — was in serious condition in a hospital after an “altercation” Thursday with colleagues.

Party leader Nigel Farage said that “following an altercation that took place at a meeting of UKIP MEPs” at the parliament in Strasbourg, France, “Steven Woolfe subsequently collapsed and was taken to hospital. His condition is serious.”

The party said it was awaiting an update on Woolfe’s condition. According to media reports, Woolfe was punched early Thursday afternoon, hit his head and collapsed some time later.

European Parliament spokeswoman Marjory Van Den Broeke confirmed that emergency services were called after Woolfe had a medical incident in front of the European parliament chamber at 12:40 p.m. on Thursday.

The euroskeptic party was instrumental in getting Britain to hold a referendum on EU membership, which ended in a June 23 vote for Britain to leave the 28-nation bloc.

The result was an enormous political triumph for UKIP, but since then the always-fractious party has been torn by infighting.

Longtime leader Farage stepped down after the June referendum and was replaced by Diane James. She quit Tuesday after just 18 days, citing personal reasons — and leaving Farage as interim leader.

Woolfe had announced his intention to run in an upcoming leadership UKIP contest and was bookies’ favorite to win. He was prevented from running to replace Farage in the leadership contest won by James because he missed the application deadline by 17 minutes.

UKIP has just one seat out of 650 in Britain’s House of Commons, but — despite its vociferous opposition to the EU and all it stands for — it holds more than 20 seats in the bloc’s parliament of 751 seats.