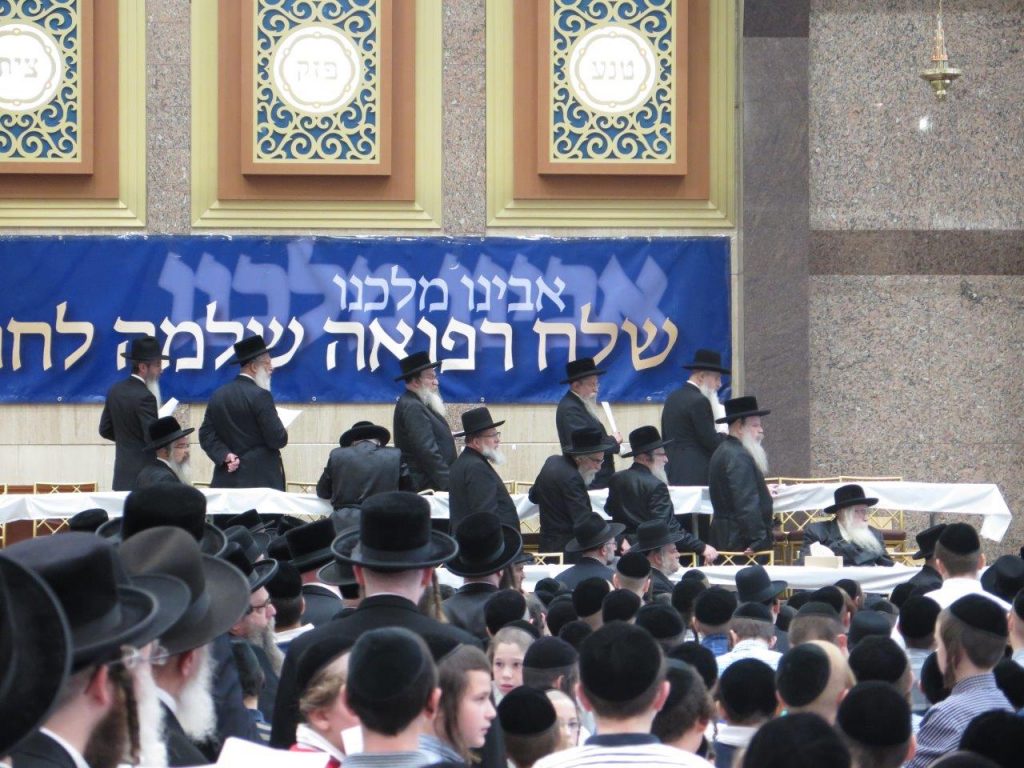 On Thursday, 4 Tishrei/Oct. 6, thousands of children from various New York-area yeshivos convened for the 23rd annual Asifas Tehillim Ha’olami which took place at the Bobover beis medrash on 48th Street and 15th Avenue in Boro Park. Also participating were many Admorim, Roshei Yeshivah, Rabbanim and askanim.

The asifah, held annually during Aseres Yemei Teshuvah, is coordinated by Misaskim, which has an outstanding record in rendering support and assistance to individuals and families confronting crisis or tragedy, R”l, with compassion and professionalism.

They were joined by tens of thousands more worldwide via live hookup in reciting Tehillim on behalf of the ill and all those suffering adversity in Klal Yisrael.

While this writer has attended this annual event for perhaps a decade, the awe-inspiring scene of a vast ocean of thousands of children jointly petitioning the Borei Olam for rachamei Shamayim for Klal Yisrael, their voices thundering in earnest tefillah, never fails to stir the emotions. Occurring as it does during the Aseres Yemei Teshuvah, the impact this gathering has on the coming year facing Klal Yisrael is inestimable. The Gemara in Shabbos (119b) informs us that the world exists only in the merit of the Torah learning of tinokos shel beis rabban, the young yeshivah children. This implies that the tefillos of children have the potential to nullify gezeiros ra’os and bring blessings and good tidings for Klal Yisrael. We pray that the entreaties offered by these unsullied neshamos produce much-needed zechuyos for our nation in these challenging times.

Additionally, the asifah was transmitted to Torah schools in numerous communities around the globe. In the past, it has included the participation of children in cities such as Baltimore, Cleveland, Chicago, Dallas, Memphis, Milwaukee, Montreal and Toronto, as well as sites in the states of California, Connecticut, Indiana, Florida, Georgia, Massachusetts, Michigan, Minnesota, Missouri, Pennsylvania and Rhode Island. Worldwide, it has included enclaves in London, Manchester, Gateshead, and locations in Holland, as well as in Mexico City and sites in Argentina, Chile, Colombia, Costa Rica, Panama and Venezuela.

Additionally, Yidden were asked to take a few moments from their busy schedules wherever they were to recite the designated perakim of Tehillim at the same time the asifah was taking place.

The event was emceed by Rabbi Avraham Meir Folman.

The asifah afforded bountiful hisorerus and inspiration to all who participated and will, hopefully, bring yeshuos to Klal Yisrael.