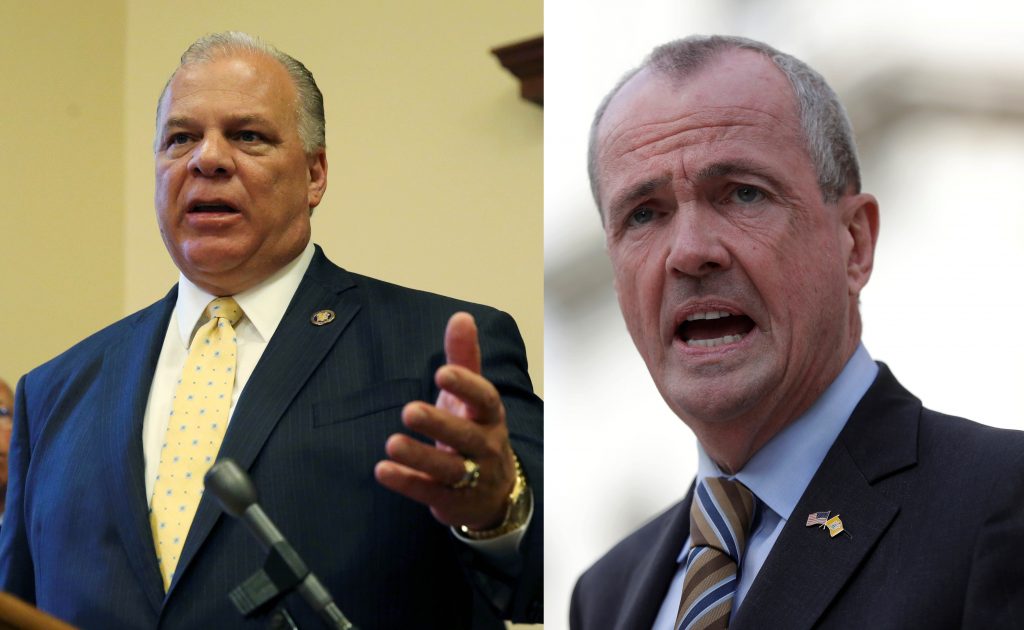 The race for New Jersey governor took a surprising turn Thursday when Senate President Steve Sweeney announced he would not seek the Democratic nomination in 2017.

“It is no secret that I seriously considered running and I believe I would have been able to win the general election and return the governor’s mansion to Democratic control,” Sweeney said in a statement. “However, in the last few days it has become clear that Phil Murphy has been able to secure substantial support from Democratic and community leaders that would make my bid all but impossible.”

Murphy is a wealthy businessman who retired from the Wall Street firm Goldman Sachs after 23 years. He served as ambassador to Germany under President Barack Obama from 2009 to 2013.

The Democratic chairs of Bergen, Passaic, Hudson, Morris, Hunterdon and Sussex counties on Thursday were expected to announce their endorsements of Murphy for governor during a news conference in Hackensack.

Brigid Harrison, a professor of political science at Montclair State University, said Sweeney’s move “unofficially anoints Murphy as the next governor. This is especially true given the impending endorsements from various Democratic Party county chairs throughout the state. None of the other potential candidates, either Democratic or Republican, has the ability to match the millions of dollars that Murphy is willing to spend to become governor.”

Murphy’s wealth and strong support in northern New Jersey would make it difficult for Sweeney, who is vice president of the International Association of Iron Workers and lives in West Deptford, to carry his party’s nomination.

Murphy’s campaign did not immediately respond to a request for comment Thursday.

Sweeney said he looks forward to working with Murphy next year, during the campaign. He also said he intends to seek re-election for his Senate seat, which he’s held since 2002.

Sweeney’s announcement came more than a week after another Democrat who was considered a top contender for the nomination, Jersey City Mayor Steve Fulop, said he wouldn’t run and threw his support behind Murphy.

State Sen. Ray Lesniak of Union County and Assemblyman John Wisniewski of Middlesex County are considering seeking the Democratic nomination for governor. Both this week opposed a deal brokered by Sweeney, Assembly Majority Leader Vincent Prieto and Republican Gov. Chris Christie to raise the gasoline tax by 23 cents a gallon to fund transportation projects while cutting other taxes. The measure is slated for a vote in the Legislature on Friday.

The state constitution bars Christie from seeking a third term, and he’ll leave office in January 2018.

The Republican and Democratic primaries are in June 2017.