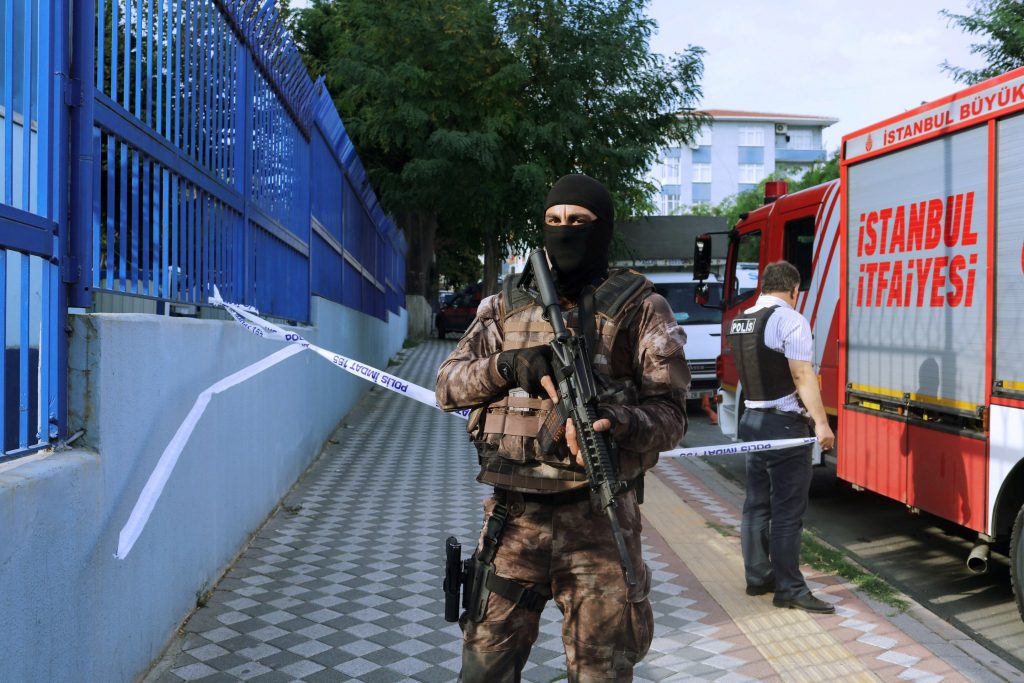 A bomb attached to a motorbike exploded near a police station in southwest Istanbul on Thursday, wounding five people, one of them seriously, local officials said.

“Five of our citizens have been wounded, one of them seriously, as a result of a motorbike with a bomb being detonated,” Istanbul governor Vasip Sahin wrote on social media.

There have been a number of bomb attacks in Turkey in recent months, some blamed on the Kurdistan Workers Party (PKK) terror group and some on Islamic State. There were no immediate claims of responsibility on Thursday.

The last blast in Istanbul was in June, a month before an attempted coup to overthrow President Tayyip Erdogan’s government, when 45 people were killed in a triple suicide bombing at the airport. That attack was blamed on Islamic State.

There have been other attacks in the east of the country, including the bombing of a wedding party near the city of Gaziantep in August, when more than 50 people were killed.