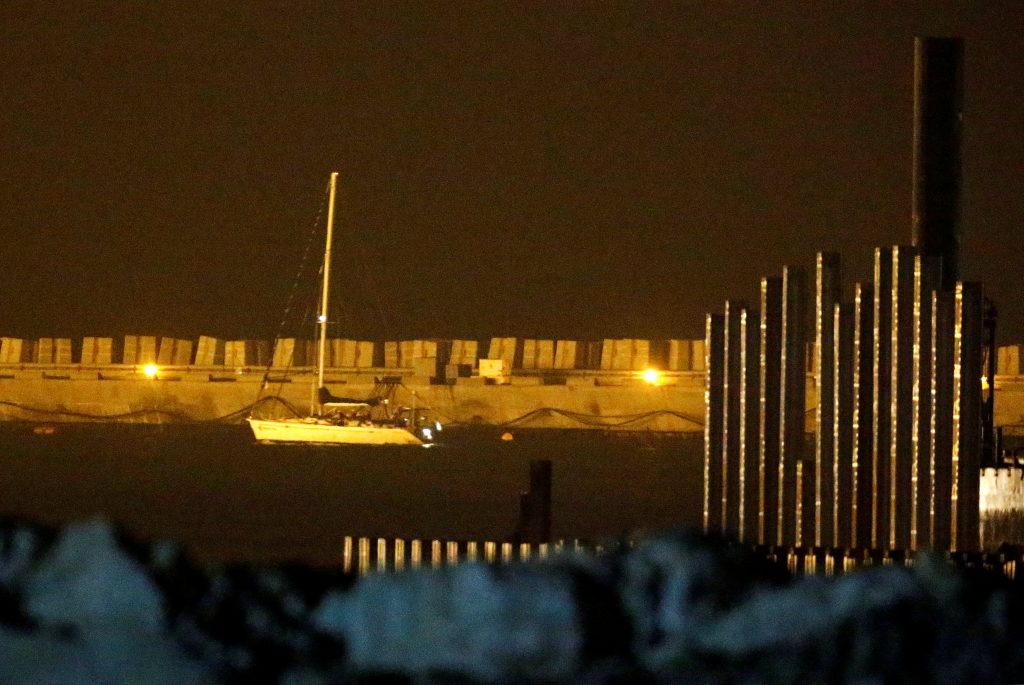 Israel Navy officers late Wednesday boarded and took control of the Zeitouna, a “flotilla” ship whose crew declared its intentions to break Israel’s sea blockade of Gaza. The boarding and takeover took place without incident. Early Thursday, the Dutch-flagged boat docked at Ashdod Port, and the 13 women on board – one of them a member of the European Parliament – were detained for questioning.

The boarding took place after numerous requests by Israeli sailors to turn back or change course, away from the waters off Gaza, which Israel closed several years ago to foreign vessels. The crew and passengers on the boat made clear that they did not intend to cooperate with Israeli forces, and at that point the decision was made to board the Zeitouna. No injuries were reported in the incident.

Having left Spain several weeks ago, the Zeitouna departed Italy several days ago together with two other ships. Due to mechanical failure, the other two ships were unable to proceed and returned to their ports in Spain and Italy. The ship was directed to Ashdod port where its cargo can be inspected. If the cargo does not violate regulations on what may be imported into Gaza, it will be packed up and sent into the territory by truck.

The IDF had declared that it would not allow the ship to dock or proceed past its naval blockade, and in interviews prior to its departure, the activists on the Zeitouna said that they had no plans to resist boarding if Israeli forces decided to do so. Israeli officials said that they took the concerns of the activists seriously, but said that ships needed to be banned from entering Gazan waters out of security concerns. The officials invited the activists to enter Gaza via the land crossings from Israel and to discover for themselves that there was no shortage of humanitarian or medical supplies in Gaza, as tons of such supplies are sent into Gaza by truck from Israel every day.