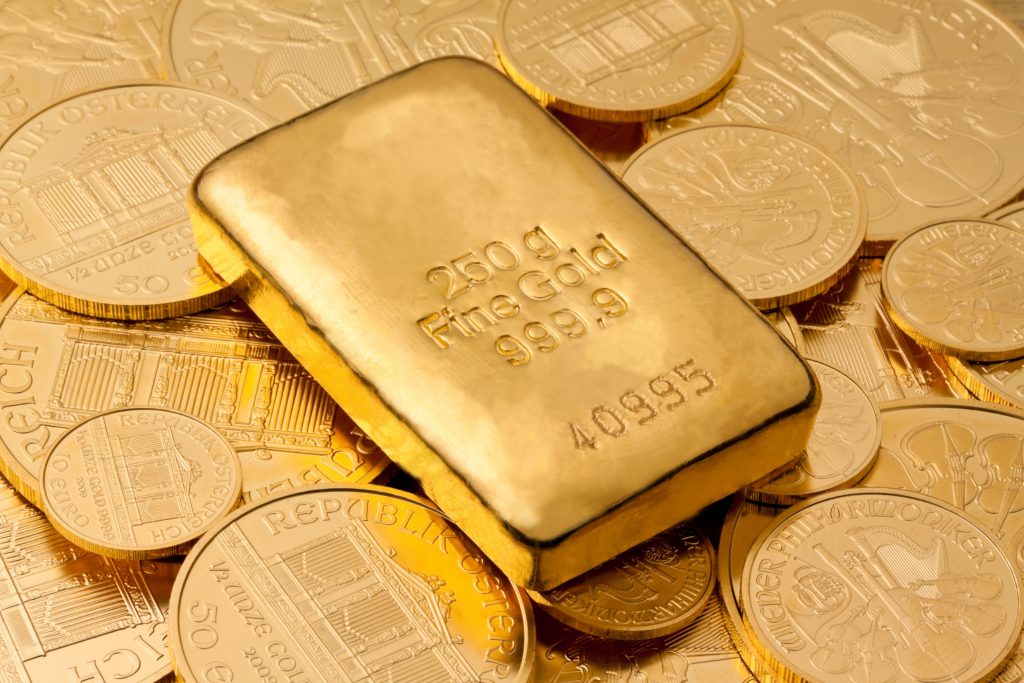 Growing expectations that U.S. interest rates will rise before the end of the year lifted the dollar and bank shares on Thursday but took the shine off gold, one of the year’s best-performing assets.

Investors were already looking to U.S. jobs data on Friday as the dollar hit a four-week high against the yen in early European trading. Sterling remained near a three-decade low.

European shares had a choppy start. Beaten-down banking stocks provided the biggest boost, while reports of a takeover sent German lightbulb maker Osram to a record high.  Although German industrial orders data came in surprisingly strong, the region’s big markets – Britain’s FTSE , Germany’s DAX and France’s CAC – still dipped in and out of the red.

“By and large the dollar is continuing to trade well,” said Société Générale strategist Alvin Tan. “Expectations about the Fed raising rates are edging up, and that has been helped by the good run of U.S. data…. The big one, though, is tomorrow with the nonfarm payrolls report.”

Strong U.S. jobs numbers could cement expectations of a Federal Reserve rate increase, most likely in December. The median forecast of economists polled by Reuters is for payrolls to rise by 175,000.

The Fed-sensitive two-year U.S. government bond yield reached a four-month high of 0.857 percent on Wednesday as rate-futures markets started pricing in a more than 60-percent chance rates would rise before the end of the year.

Europe’s benchmark bond yield edged back below zero, however, as investors looked toward minutes of the European Central Bank’s (ECB) last meeting to soothe nerves about its eventually winding down its stimulus program.

Euro zone yields, including the bloc’s top-rated German debt, which is usually seen as a safe haven in times of stress, have shot higher this week after reports about possible ECB moves but were almost universally lower in early trade.

“The minutes to be released today may already shed some light on the possible tweaks being considered,” said Padhraic Garvey, ING’s global head of debt and rates strategy, referring to a possible expansion of the ECB program rather than a taper.

“A surprise on the upside (of U.S. jobs numbers) will make market watchers expect an even higher probability of a rate hike and that could bring gold prices down,” said OCBC Bank analyst Barnabas Gan.

“I would advise to buy on dips for gold simply because the fall in gold prices is very much driven by very short-term factors,” Gan said, who has a year-end forecast of $1,350 an ounce.

The British pound was close to the three-decade low of $1.2686 it touched on Wednesday on worries about Britain’s exit from the European Union. It last traded at $1.2710.

The euro was little changed at $1.1200, as concern over the health of Deutsche Bank offset speculation about ECB tapering.

Oil prices slipped from three-month highs after Saudi Arabia trimmed the price of its flagship crude in Asia.

International benchmark Brent futures was last at $51.55 a barrel, after rising as high as $52.09 on Wednesday, the highest since early June.

“Markets are hoping that they will not just agree on a cut next month but will also come up with a series of cuts in the future,” said Hirokazu Kabeya, chief global strategist at Daiwa Securities.

“But unless we have more evidences of cooperation, it is hard to see oil prices rising much further.”