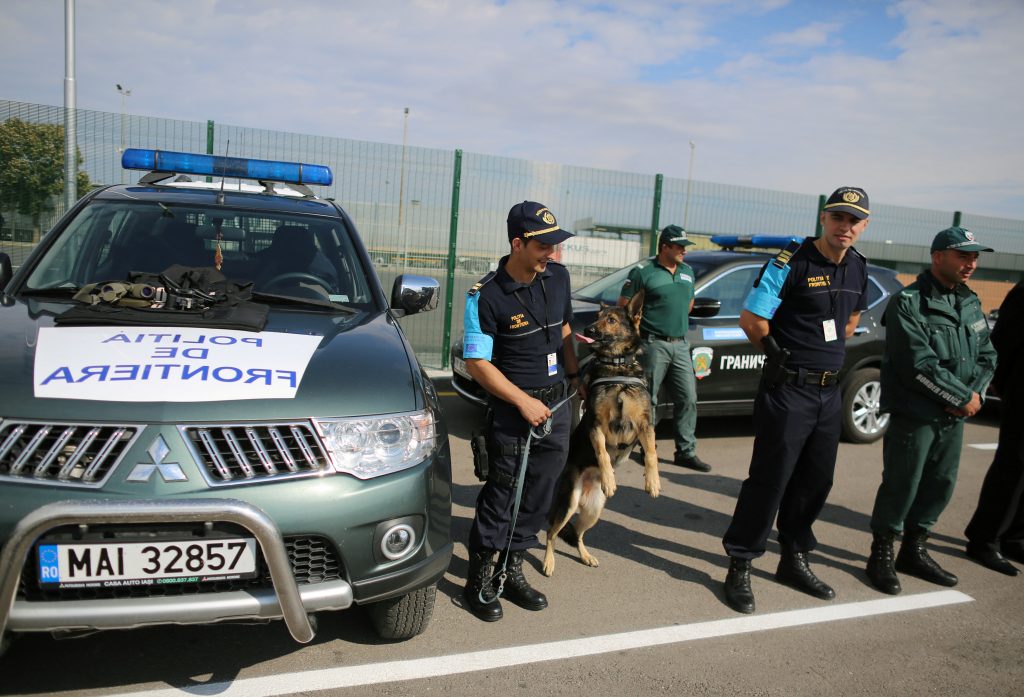 The European Union launched its common border guard on Thursday, hoping it will help keep people away from a bloc that is still struggling with political aftershocks from an uncontrolled influx of refugees and migrants last year.

Overwhelmed by the arrival of some 1.3 million people last year, the EU has increasingly focused on sealing its external borders. The new force is designed as a rapid reaction force to be deployed in any place seeing a sharp increase in immigration.

“The establishment of the agency is a symbol of the EU, of a Europe that is able to deliver, that is proving its efficiency in addressing the migration and security challenges we are faced with,” EU Migration Commissioner Dimitris Avramopoulos said at the opening ceremony held on the Turkish-Bulgarian border.

The influx triggered bitter disputes among EU states and, to discourage more arrivals, the bloc has taken an increasingly tough stance on labor migrants and people who cross into Europe irregularly, saying they will be sent back.

“The door is open for the ones who are eligible for international protection and closed for the ones who want to cross our borders illegally,” Avramopoulos said. “We have to focus on returns policy.”

While people who reach Europe via Greece from Turkey are mostly Syrians fleeing a war and hence are eligible for asylum in Europe, most of those who reach Italy from the Libyan coast are seeking better living conditions than in their impoverished African countries.

They come from Nigeria, Eritrea, Guinea, Gambia, Sudan, Ivory Coast or Somalia. The EU wants to send the vast majority of these people back since they are not considered to be in fear of their lives.

The new body, built on the basis of the bloc’s current Frontex border agency, will have 1,000 staff, will be able to purchase its own equipment and deploy at short notice.

It is supposed to have a reserve pool of 1,500 border guards designated by member states for that function, though in the past EU capitals have often been slow in responding to Frontex calls.

Arrivals in Greece, the main gateway to Europe last year, have dropped sharply now. But figures for Italy are the same as in 2015 and smaller groups also seek to make their way through the land border between Turkey and Bulgaria.

The new agency will have some 120 coast guard officers at the Bulgarian-Turkish border, where Sofia has built a fence that has cut the arrivals by a third this year to 12,500 people.

Brussels pledged €160 million ($179.02 million) to Sofia to help the Balkan country protect its border with Turkey.