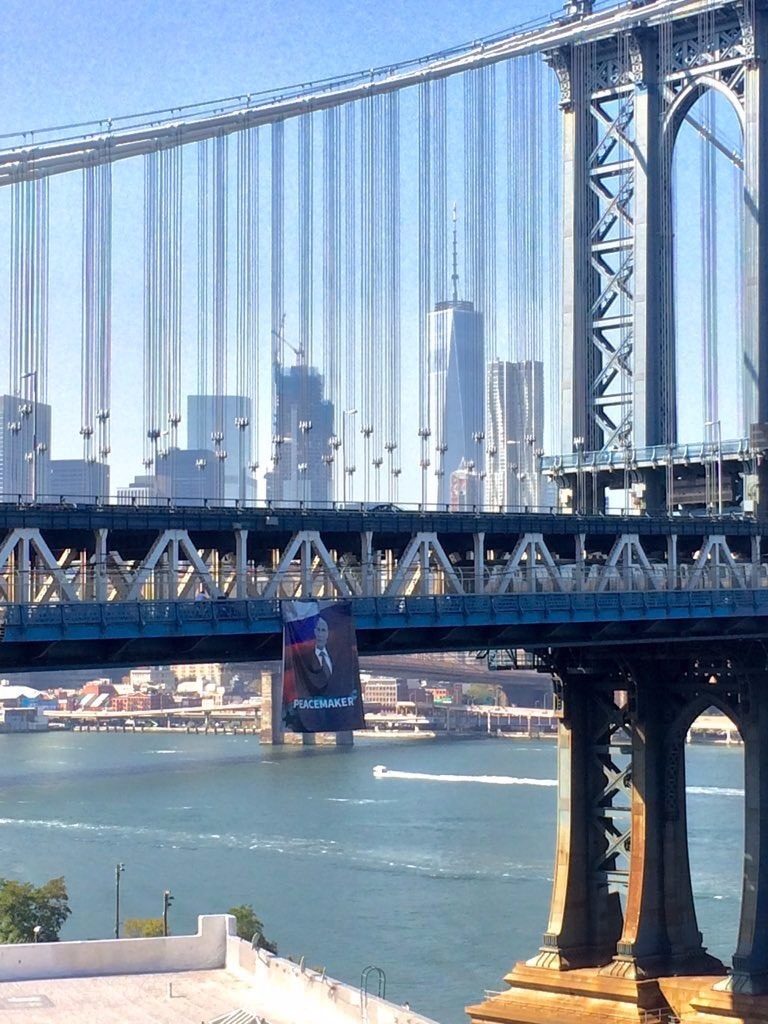 A prankster hung a giant banner with an image of Russian President Vladimir Putin and the word “peacemaker” Thursday on the Manhattan Bridge. It shows Putin in a suit with a Russian and Syrian flag as backdrop.

Witnesses saw two people unfurl the banner at about 1:45 p.m. Police removed it about an hour later.

The bridge crosses the East River and connects lower Manhattan with downtown Brooklyn. There were no arrests made.