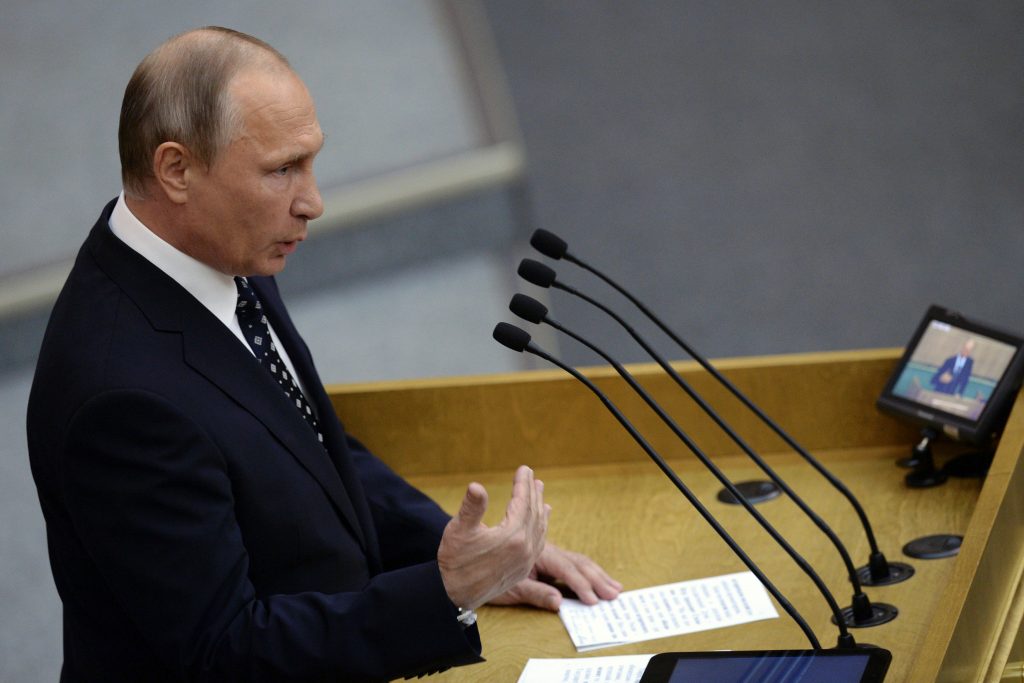 Russia further curtailed its cooperation with the United States in nuclear energy on Wednesday, suspending a research agreement and terminating one on uranium conversion, two days after the Kremlin shelved a plutonium pact with Washington.

The Russian government said that as counter-measures to the U.S. sanctions imposed on Russia over Ukraine, it was putting aside a nuclear and energy-related research pact with the United States.

It also said it was terminating for the same reasons an agreement between its nuclear corporation Rosatom and the U.S. Department of Energy on feasibility studies into conversion of Russian research reactors to low-enriched uranium.

On Monday, President Vladimir Putin suspended a treaty with Washington on cleaning up weapons grade plutonium, signalling he is willing to use nuclear disarmament as a new bargaining chip in disputes with the United States over Ukraine and Syria.

“The regular renewal of sanctions against Russia, which include the suspension of Russian-American cooperation in the field of nuclear energy, demands the adoption of countermeasures against the U.S. side,” the Russian government said on its website.

In Washington, a State Department spokesman said the United States had not received an official notification from Russia although he had seen media reports of the suspension of the research agreement.

“If they’re accurate, we would regret the Russian decision to unilaterally suspend cooperation on what we believe is a very important issue that’s in the interest of both of our countries,” spokesman Mark Toner said at a daily news briefing.

The Russian Foreign Ministry said the decisions were taken in response to “unfriendly acts” by Washington. They came two days after Washington said it was suspending talks with Russia on trying to end the violence in Syria.

The agreement on co-operation in nuclear and energy-related scientific research, signed in 2013, provided the legal framework necessary to expand work between U.S. and Russian nuclear research laboratories and institutes in nuclear technology and nonproliferation, among others.

“We can no longer trust Washington in such a sensitive area as the modernization and security of Russian nuclear facilities,” the Russian Foreign Ministry said.

It said that should Russia decide on the feasibility of the conversion of any research reactors to low-enriched uranium, it will carry the work itself. But it warned the conversion may not be “an end in itself.”

“In some cases, including in the production of medical isotopes, highly enriched uranium is the most effective and renouncing it would be technically and economically inexpedient,” the ministry said.

The West imposed economic sanctions on Russia over its annexation of Ukraine’s Crimea peninsula in 2014, followed by a pro-Russian insurrection in the east of the country. The breakdown of a ceasefire in Syria, where Russia backs government forces and the West supports rebel groups, has added to tensions.