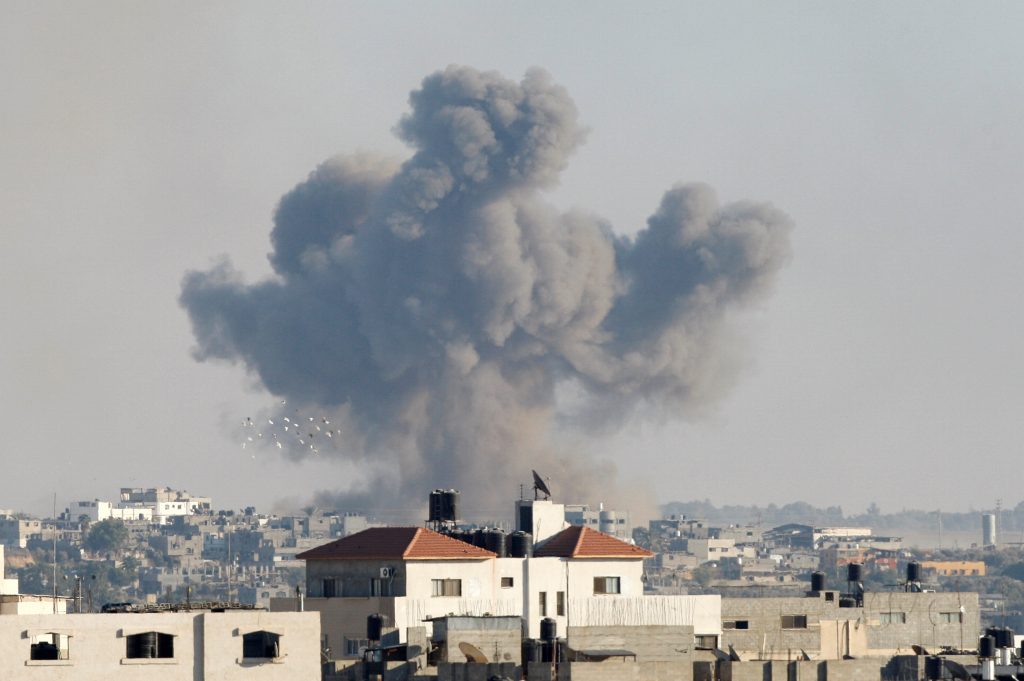 A rocket, apparently fired by a rogue terror group in the Gaza Strip, hit Sderot on Wednesday, landing a short distance from a school building, between houses. Although no physical injuries were reported, six people were treated for shock, three of whom required hospitalization.

Within about an hour, Israeli air force planes had struck four Hamas targets in Gaza. The IDF reiterated its policy of holding Hamas responsible for any hostile action emanating from territory under its control.

Defense officials were investigating the failure of Iron Dome batteries to launch intercepts at the incoming rocket. Radar picked up the projectile in time for an intercept, and air raid sirens sounded in Sderot and the surrounding area, but for reasons as yet unknown, the Iron Dome did not operate.

An alert was called as of Tuesday night after Hamas issued threats against Israel after the IDF strikes on Hamas terror targets.

As of Wednesday night, the atmosphere in southern Israel remained tense. Residents were told by military authorities to continue their normal activities in the meantime.

An IDF source confirmed to Hamodia that Israeli aircraft attacked Palestinian terror targets in the Gaza Strip on Wednesday, with cruise missiles. Tank fire was also directed at a target in Gaza.