Business Israel’s Tycoons Are Ailing; Who Will Buy Their Assets?
Business 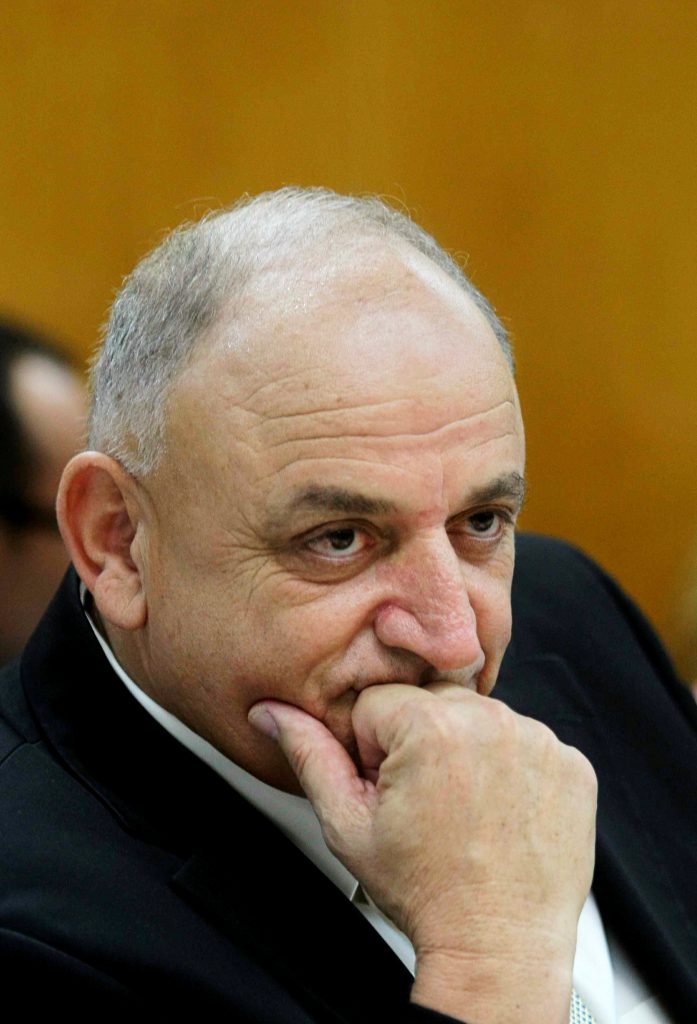 They once pulled the strings of Israel’s economy, but now the country’s most influential tycoons are reeling under a popular backlash against corporate power and selling assets in a regulatory squeeze.

For investors willing to wade into a market in the middle of a dramatic overhaul, there is a rare opportunity to snatch up companies, from insurers to oil refineries, at bargain prices.

About a decade ago, as Israel’s corporate debt market was just getting started, there was little oversight and risk taking was encouraged. A small number of tycoons used debt to expand their conglomerates into tiered corporate structures with cascading control over huge chunks of the economy.

By 2010, 10 large business groups controlled 30 percent of the market value of public companies, while 16 controlled half the money in the entire country.

The following year, hundreds of thousands of Israelis took to the streets to protest against the high cost of living, and they pointed their fingers at the high concentration of corporate power.

“There is no question that in the past, these — let’s call them tycoons — they had personal relationships with the managers or the chairmen of the banks. And this enabled them to get credit,” said Ben-Zion Zilberfarb, an economics professor at Israel’s Bar Ilan University.

After the 2011 protests, the banks started clamping down. When markets soured, a handful of them were stuck with tremendous debt.

Four years on, high-profile moguls can still feel the heat.

In July, Nochi Dankner, who through holding company IDB controlled Israel’s largest supermarket chain and cellphone operator — Shufersal and Cellcom — and other businesses including a small airline, was sentenced to jail for manipulating share prices to try to save his crumbling empire.

Eliezer Fishman, who controls some of the biggest Israeli retail chains, a top-selling newspaper and a stake in real estate holding company Jerusalem Economy, spent last Thursday in court arguing over his debt of about $1 billion.

Zilberfarb pointed to a “domino effect” in the banks’ new attitude towards the tycoons.

The banks had “extended so much credit to one tycoon because they trusted his abilities and his vision,” but he ended up losing money. They realized this may happen to another, and then another, until they stopped lending, he said.

At the same time, the government passed a law to break up the concentration of power that is now forcing conglomerates to sell billions of dollars in assets, and the time they have is running out.

Cavalier behavior among the tycoons was noticeable beyond the overleveraging, like in generous dividend policies, said Ofir Naor, a lawyer representing bondholders in a number of debt restructuring talks with Israeli conglomerates.

“Dividend decisions were made without any debate. The controlling shareholder came, told a story, and everyone said ‘okay,’” Naor said. “Today the hurdle is much higher.”

In 2013, Prime Minister Binyamin Netanyahu pushed through legislation known as the concentration law that forces conglomerates to choose between control over banks and other financial institutions or non-financial companies, like refineries or real estate firms.

The law gives them until the end of 2019 and it was estimated that 40 firms worth 80–100 billion shekels would come up for sale. But there has been only one major deal so far: China’s Bright Food bought control of food maker Tnuva for $1.1 billion.

Neither has been able to finalize a deal, both saying stepped-up regulation scared away investors.

“It’s funny to be in a process that we have to sell in three years, but nobody can achieve that,” Elsztain said.

IDB appointed JPMorgan to find a buyer for its 55 percent stake in Clal following two failed attempts to sell to Chinese investors. Under an agreement with the regulator it may have to sell off 5 percent of the company every four months.

“A forced sale will make a tremendous loss to shareholders,” Elsztain said at a news conference.

Two weeks ago, businessman Zadik Bino sold a small fraction of his 23-percent stake in refiner Paz Oil for 8.2 million shekels to an unnamed financial body.

His lawyer, David Hodak, confirmed to Reuters it was a “symbolic” first sale and that Bino, as of now, planned to reduce his stake in Paz to below 5 percent so he could keep his holdings in the First International Bank of Israel.

Hodak also headed a government committee in 2010 that created new parameters for how institutional investors could operate in the debt market after the global crisis.

He argues that government interference has since gotten out of hand.

“Foreign investors look at what happened to Israel and are seeing many changes, over-regulation,” he said. “Yes, we have opportunities, but I don’t think that we create appetite for foreign investors.”