Politics For Clinton, Election Likely To Be Won or Lost in October
Politics 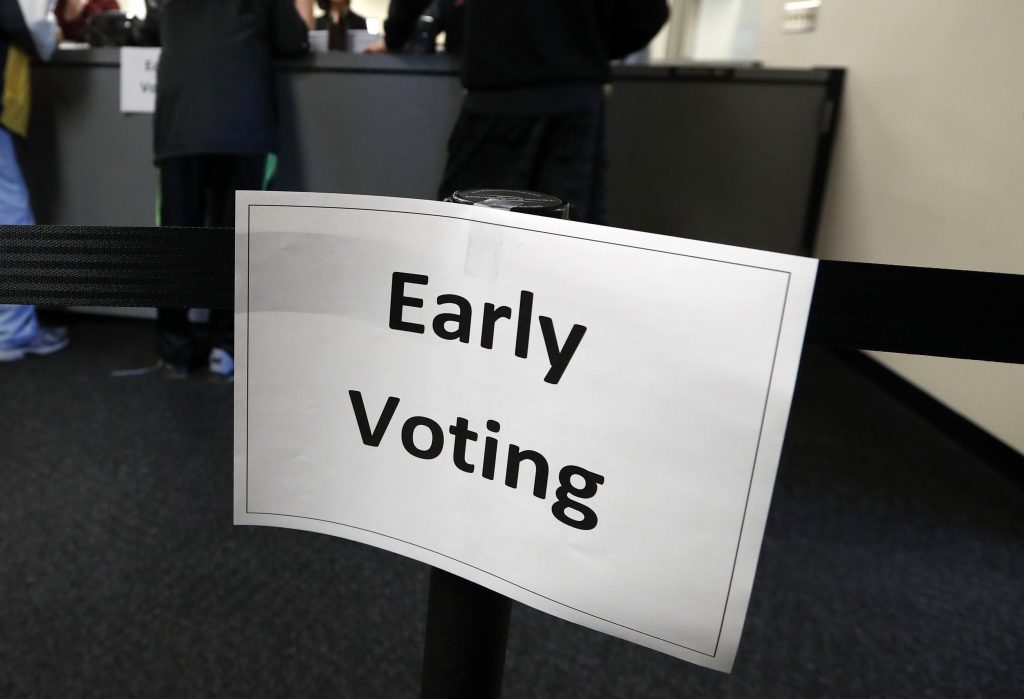 Each night, Hillary Clinton’s data experts head to a conference room on the 11th floor of her Brooklyn headquarters to start counting votes.

The sessions in the “early voter boiler room,” as it’s been dubbed by campaign aides, stretch into the early hours of the morning. The team pores over turnout patterns in states where advance voting is already underway, projects how many votes Clinton and Republican Donald Trump have already received, and updates crucial targeting lists of the voters she still needs.

For Clinton, October is when she’s likely to win or lose the election, not Nov. 8. By the third week of this month, Clinton’s campaign hopes to have a solid enough sample of the early vote to know whether the Democrat is on track to win the White House.

In several competitive states, including North Carolina, Iowa, Colorado, Florida and Nevada, at least 45 percent of the total vote is expected to come in early. Initial metrics show good news for Clinton in North Carolina, a must-win state for Trump. There are modestly positive signs for the Republican in Iowa, but that’s a state the Democrat can likely afford to lose.

The Republican National Committee, which oversees early voting and turnout operations for Trump, is also encouraging supporters to take advantage of opportunities to cast ballots before Nov. 8. The party has significantly stepped up its analytics and voter targeting operations since being outmatched by Democrats in the past two presidential elections, but the 2016 race is the first test of its strength in a national election.

Despite improvements, the RNC system was always intended to be a complement to whatever operations the eventual GOP nominee brought to the table. Trump arrived in the general election with intense enthusiasm among his core supporters but few ways to harness it into trackable voter data.

Unlike Clinton, whose travel schedule is being built around voter registration deadlines and the start of early voting in key states, Trump’s battleground stops haven’t been pegged to those benchmarks. However, there is a noticeably more robust registration effort at Trump rallies and the candidate himself is making explicit early voting appeals to supporters.

Republicans traditionally do well initially with mail-in absentee balloting before Democrats surpass them during in-person early voting. That makes the start of in-person voting a key indicator as to whether core Democratic constituencies, such as young people and non-whites, show up.

Thirty-seven states allow voting with little restriction before Election Day, either in person or via mail. By the third week in October, 34 of those states will be voting.