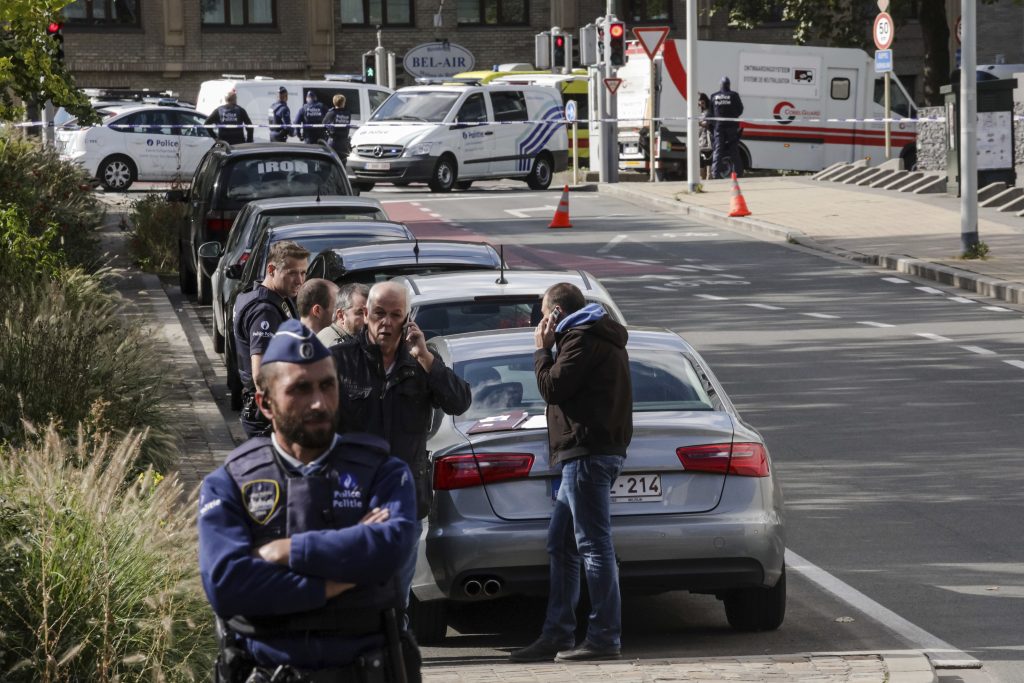 Belgian counter-terror prosecutors stepped in to investigate the stabbing of two police officers in Brussels on Wednesday, an indication the case was being treated as a possible terror attack.

Brussels prosecutors said in a brief statement that the file had been taken on by their federal counterparts, who normally intervene in cases of organized crime or terrorism.

According to public broadcaster VRT, one officer was stabbed in the neck and another in the stomach. The attacker then broke the nose of a third policeman who had arrived at the scene.

The attacker was shot in the leg and taken away by ambulance, VRT said, adding that the police officers’ wounds were not life-threatening.

Federal prosecutors were not immediately available to comment on why they were handling the case.

Brussels is on high alert after bombings in March killed 32 people at the city’s airport and inside a subway carriage.

Early on Wednesday afternoon, the city’s Gare du Nord railway station was closed for an hour because of a bomb alert. Rail operations resumed after bomb disposal teams had checked the area.