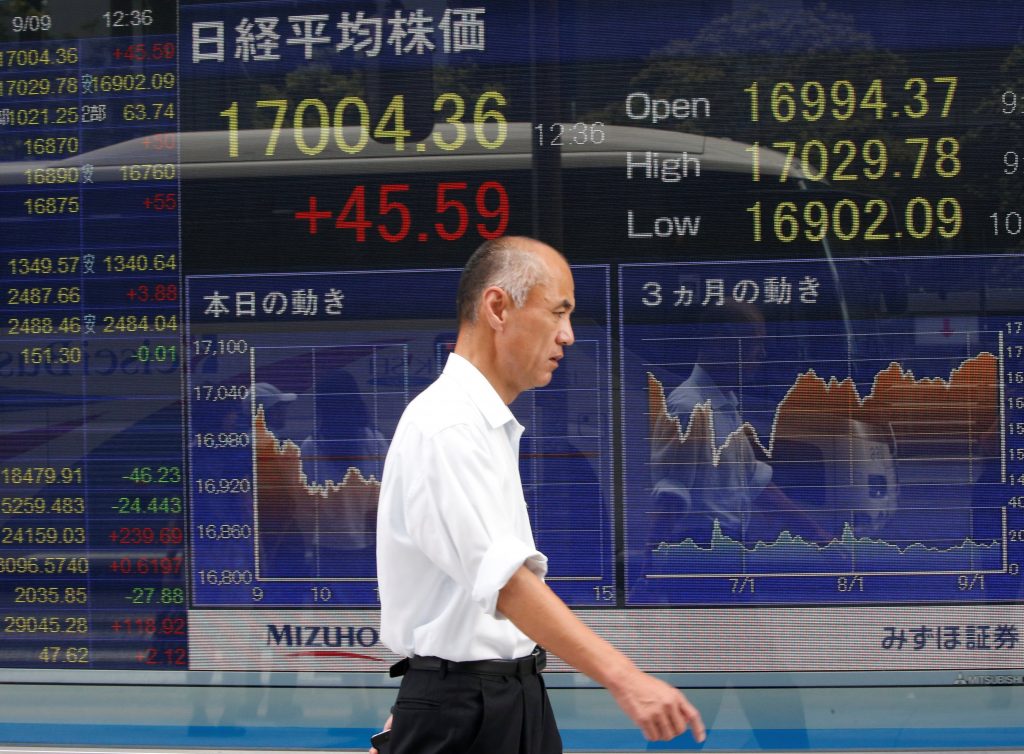 Asian stock markets were mostly lower on Wednesday as comments from Federal Reserve officials strengthened expectations of a rate hike by the Fed within this year.

Comments by several Federal Reserve officials strengthened investor expectations that the Fed would increase interest rates this year. Federal Reserve Bank of Richmond President Jeffrey Lacker said rates need to be increased to keep inflation under control, echoing the view held by Cleveland Federal Reserve President Loretta Mester, who said in an interview with Bloomberg that the economy is ripe for an interest rate increase. The Fed is expected by most investors to wait until December to raise rates.

“We think Cleveland Fed President Mester’s reiteration of her hawkishness caused investors to re-interpret the implications of the previous day’s manufacturing ISM report as signaling an increased likelihood of a December rate hike,” Tim Condon, head of research in Asia at ING in Singapore, said, referring to the Institute for Supply Management manufacturing index. The index rose to 51.5 in September from 49.4 in August, indicating that U.S. manufacturing rebounded last month.

The International Monetary Fund lowered its forecast for the U.S. economy this year to 1.6 percent from the 2.2 percent it had predicted in July. It blamed the U.S. investment drought on cutbacks in the energy industry, a strong dollar that’s depressing exports and policy uncertainty surrounding the November elections. The fund left unchanged its forecast for overall global growth this year at 3.1 percent. But the world’s advanced economies are expected to grow 1.6 percent this year, down from the 1.8 percent the fund forecast in July, pulled down by slower expected growth in the United States. The IMF upgraded its forecast for Japanese growth to 0.5 percent this year and for the 19 countries that use the euro currency to 1.7 percent.