Israel ANALYSIS: Hamas Doesn’t Want Confrontation But Could Be Drawn In
Israel 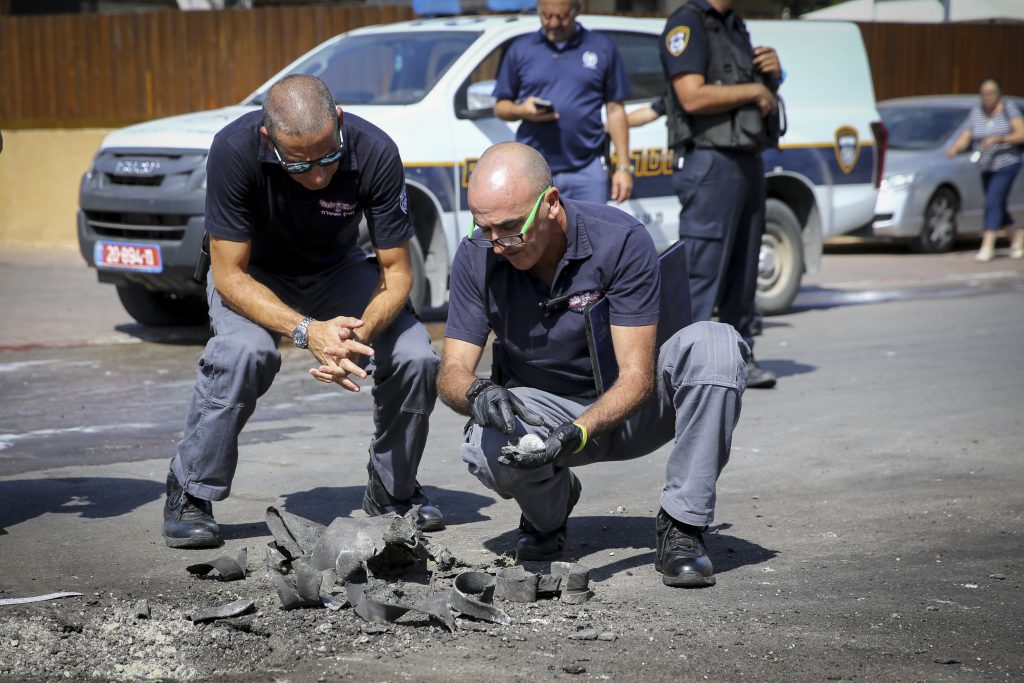 In the Palestinian street there are those who would like to see a military confrontation with Israel. The firing of one large rocket into Sderot on Wednesday morning nearly touched off a more serious exchange.

In Sderot, a miracle occurred, averting an event of the type that could ignite the entire region. B’chasdei Shamayim, it didn’t happen.

City workers who were driving on the road where the rocket struck, heard the air raid siren, stopped their vehicle and got out and lay on the ground. It likely saved them from death or serious injury, as the vehicle was riddled with shrapnel from the rocket that landed only about 45 feet from where they were.

IDF planes attacked Hamas targets in Gaza over the next few hours, and the tremendous explosions could be heard well into Israeli territory.

The rocket that hit on Wednesday was the third in the last two months. In each case, the IDF responded immediately, and Hamas sent word to Yerushalayim that it was not responsible for the attack but some other group in Gaza not under its control.

But this time, instead of evading responsibility, it threatened to retaliate.

To be clear: Hamas does not seek confrontation with the IDF. But it could be drawn into one as a result of one of these attacks by a rogue terror group in Gaza. This time it almost happened.

Israel took the opportunity of retaliation to send a message to Hamas that it has to rein in those other groups, or it will suffer damage much worse than on Wednesday, when some rather important infrastructure points were badly hit.

Those directly responsible for Wednesday’s attack were probably from Salafists, a jihadi group, or possibly a group aligned with Islamic State.

The want to see Hamas forced into a conflict with Israel, so that Israel will finally topple Hamas and they will be able to take over. Both Israel and Hamas are aware of their intentions and are therefore seeking to keep the lid on the situation.

That is why the IDF retaliation on Wednesday, powerful though it was, was still carefully limited to precision strikes, so as to avoid a wider conflict. Yet, still damaging enough to goad Hamas into acting against the other groups.

Now the ball is in Hamas’s court, to decide whether it will allow them to drag it into a confrontation with Israel or not. The next twenty-four hours should tell.