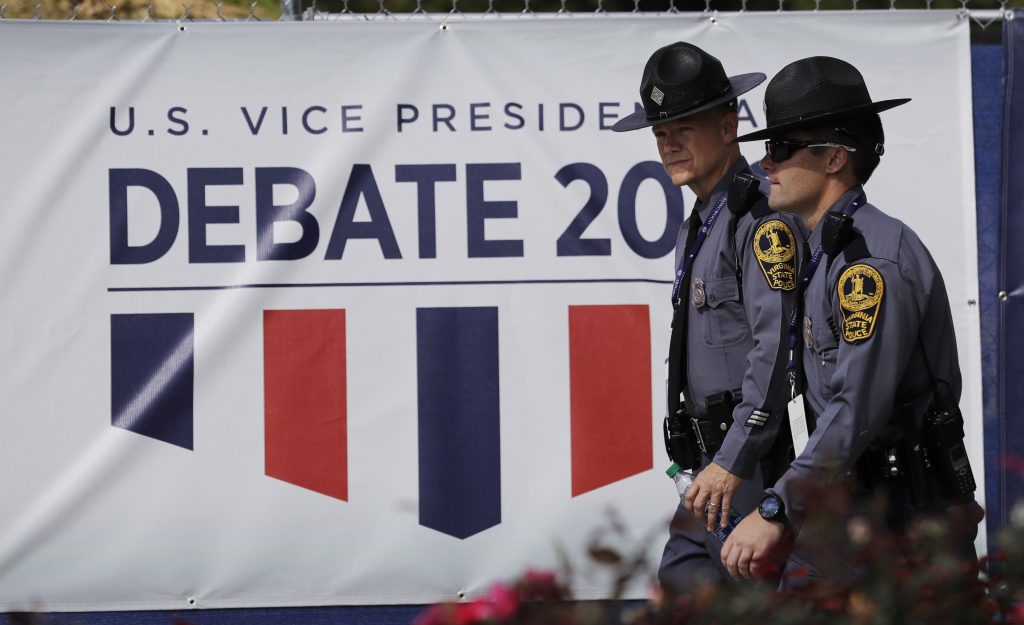 Pence and Kaine, Hillary Clinton’s running mate, seem unlikely to dramatically change the way voters view the top two, who are among the most well-known figures in the country. Still, the nationally broadcast debate will be a spotlight opportunity for the longtime politicians to introduce themselves to Americans, energize party loyalists and potentially sway the shrinking pool of undecided voters.

For the earnest and easygoing Kaine, that means defending Clinton’s character and reputation, her Achilles’ heel throughout the campaign. And it means blocking any attempts by Pence — an equally genial politician — to make Trump’s controversial statements and policy proposals seem more palatable.

The 90-minute showdown at Virginia’s Longwood University will be moderated by Elaine Quijano of CBS News. While last week’s first presidential debate was watched by a record-setting audience of 84 million people, Tuesday’s contest is expected to have smaller viewership given Pence and Kaine’s lower profiles in the campaign.

In a recent Associated Press-GfK poll, more than half of registered voters said they didn’t know enough about Kaine to venture an opinion about him and about 44 percent said the same for Pence.

In Tuesday’s debate, Pence will likely find himself trying to clean up Trump’s controversies, as has often been the case since he joined the GOP ticket this summer. The governor signaled that he would frame the matters as attempts by Clinton to obscure her own record.

“The media is so busy parsing every word that Donald Trump said in the past 30 minutes, they’ve been ignoring what the Clintons [have] been up to the last 30 years,” Pence said during a campaign stop Monday night. “Hillary Clinton’s record on foreign affairs alone could take up the whole 90 minutes, and it wouldn’t be a pretty picture.”

Pence was picked as Trump’s running mate in part because he has the conservative credentials the businessman lacks. His addition to the ticket was cheered by conservative leaders in Washington, and Trump’s supporters are hoping his debate performance will be similarly appealing for Republican voters who may still be skeptical of Trump’s ideology.

Kaine, who served as Virginia’s governor before becoming senator, is largely in step with Clinton on key issues. While he voted to give President Barack Obama fast-track authority for the Trans Pacific Partnership, he’s since joined Clinton in opposing the final version of the trade pact.