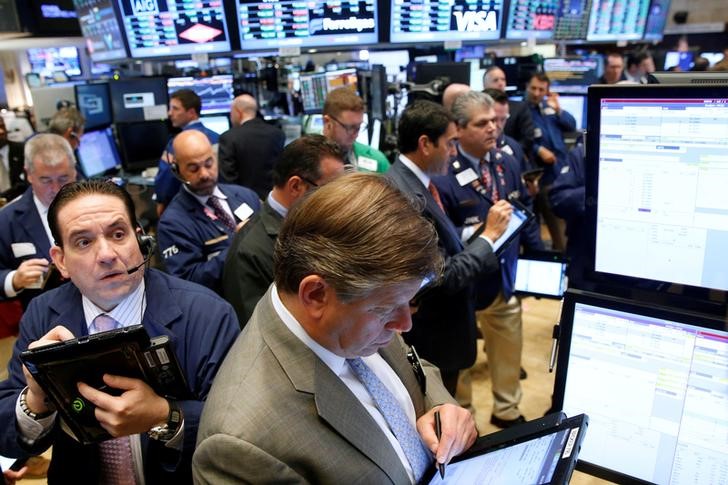 Wall Street rallied on Friday, lifted by a surge in Deutsche Bank shares and financial stocks after concerns eased about the health of the German bank.

The S&P financial sector gained 1.4 percent, its best day in about two months.

French news agency AFP reported that Deutsche Bank was nearing a $5.4 billion settlement with U.S. officials over charges related to selling toxic mortgage bonds. Germany’s largest bank has been engulfed by crisis after earlier this month receiving a demand for up to $14 billion by the Department of Justice.

U.S. stocks had sold off sharply on Thursday, after Bloomberg reported that some hedge funds had withdrawn excess cash and positions held at the German lender.

“The rumors that are out there that Deutsche Bank is going to get a better deal… I think is adding some positive effect into the market,” said Jonathan Corpina, senior managing partner for Meridian Equity Partners in New York. “I think people were fearful and concerned about what the outcome of this is going to be.”

Bank stocks boosted the S&P. Bank of America and Citigroup each climbed more than 3 percent and JPMorgan rose 1.4 percent.

The Deutsche Bank situation created a fresh risk for investors, who will be watching third-quarter corporate earnings and the upcoming U.S. presidential election over the next month for reasons to buy or sell stocks.

For the year, the benchmark S&P 500 is up about 6 percent, with U.S. equities benefiting from low interest rates around the world.

In other company news, Cognizant shares plunged 13.3 percent, making it the biggest loser among S&P 500 companies. The IT services provider said it was conducting an internal investigation on possible violations of U.S. anti-corrupt practices laws related to payments in India.

About 7.5 billion shares changed hands on U.S. exchanges, above the 7.1 billion daily average for the past 20 trading days, according to Thomson Reuters data.

Advancing issues outnumbered declining ones on the NYSE by a 2.40-to-1 ratio; on Nasdaq, a 2.69-to-1 ratio favored advancers.