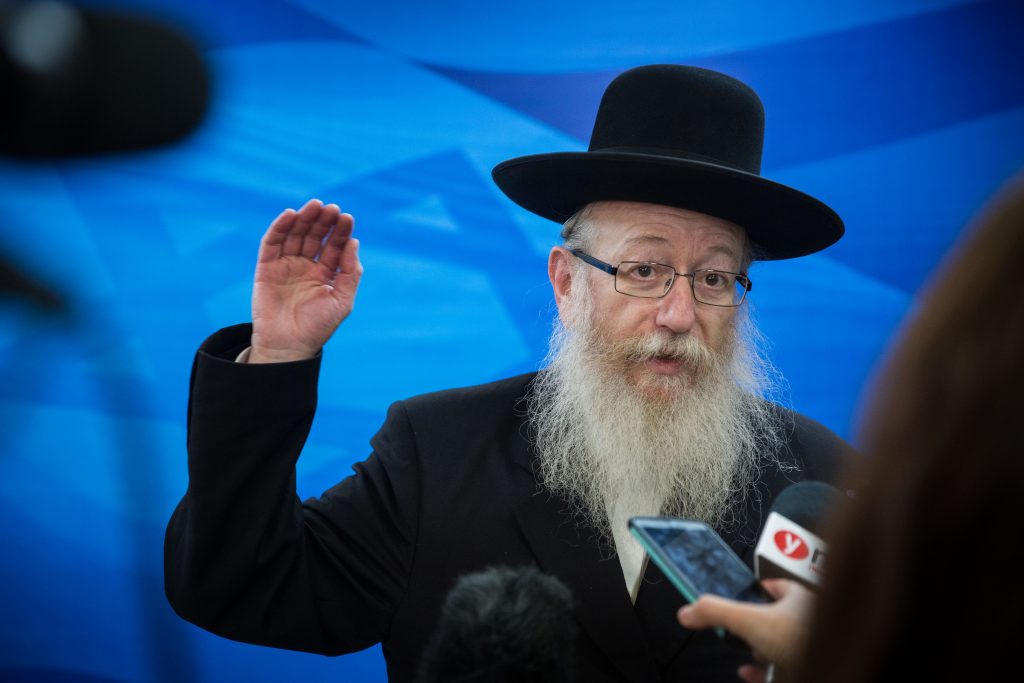 Out of all the government’s ministers, Israelis of all political, religious, and ethnic backgrounds most approve of the work of Health Minister Rabbi Yaakov Litzman, a Channel Two poll released Thursday said. On a scale of 1-10 for satisfaction with the job ministers are doing, Rabbi Litzman garnered a 6.3 – making him the most popular minister.

In second place was Transport Minister Yisrael Katz, who received an approval rating of 5.9. He was followed by Justice Minister Ayelet Shaked (5.5) and Public Security Minister Gilad Erdan (5.4). Education Minister Naftali Bennett was next (5.2) and in sixth place was Defense Minister Avigdor Liberman (5.1).

Surprisingly low was the performance of Finance Minister Moshe Kachlon, who came in at eighth place with a 4.7 rating. However, he was more popular than Binyamin Netanyahu, who was rated at 4.7 (with slightly fewer votes) for his performance as Prime Minister, and just 4.4 for his work as Foreign Minister, a title he still holds. Least popular is Interior Minister Rabbi Aryeh Deri, who received a popularity rating of 3.9.

Commenting on his “win,” Rabbi Litzman said that he was “very happy to have been chosen as the top minister in this survey. This just makes my obligation to improve and better serve the public even more important.”