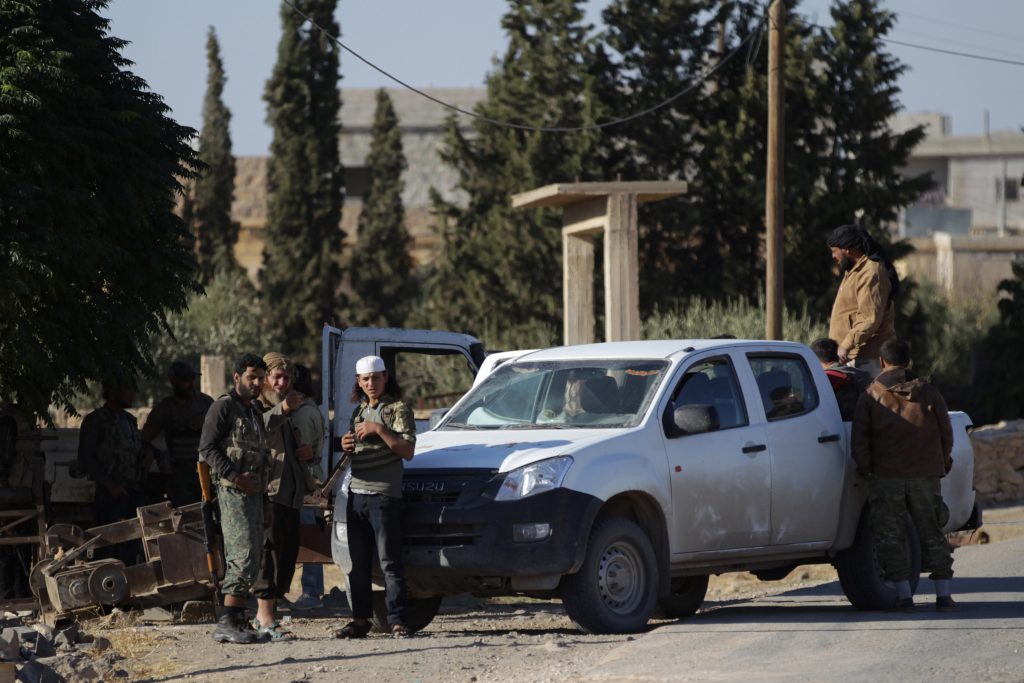 Obama administration officials have begun considering tougher responses to the Russian-backed Syrian government assault on Aleppo, including military options, as rising tensions with Moscow diminish hopes for diplomatic solutions from the Middle East to Ukraine and cyberspace, U.S. officials said on Wednesday.

The new discussions were being held at “staff level,” and have yet to produce any recommendations to President Barack Obama, who has resisted ordering military action against Syrian President Bashar al-Assad in the country’s multisided civil war.

But the deliberations coincide with Secretary of State John Kerry threatening to halt diplomacy with Russia on Syria and holding Moscow responsible for dropping incendiary bombs on rebel areas of Aleppo, Syria’s largest city. It was the stiffest U.S. warning to the Russians since the Sept. 19 collapse of a truce they jointly brokered.

Even administration advocates of a more muscular U.S. response said on Wednesday that it was not clear what, if anything, the president would do, and that his options “begin at tougher talk,” as one official put it.

One official said that before any action could be taken, Washington would first have to “follow through on Kerry’s threat and break off talks with the Russians” on Syria.

But the heavy use of Russian airpower in Syria has compounded U.S. distrust of Russian President Vladimir Putin’s geopolitical intentions, not only in the 5-½-year civil war, but also in the Ukraine conflict and in what U.S. officials say are Russian-backed cyber attacks on U.S. political targets.

The U.S. officials said the failure of diplomacy in Syria has left the Obama administration no choice but to consider alternatives, most of which involve some use of force and have been examined before but held in abeyance.

These include allowing Gulf allies to supply rebels with more sophisticated weaponry, something considered more likely despite Washington’s opposition to this until now. Another is a U.S. airstrike on an Assad air base, viewed as less likely because of the potential for causing Russian casualties, the officials told Reuters, speaking on condition of anonymity.

The options being weighed are limited in number and stop well short of any large-scale commitment of U.S. troops, which Obama, who has only four months left in office, has long rejected, the officials said.

Critics of Obama’s policy in Syria argue that he set a goal – Assad’s departure – without providing sufficient means to achieve it by arming the rebels earlier and more extensively, allowing U.S. allies to do so or using U.S. military might to tip the scales in the conflict.

Further, foreign policy experts inside and outside the administration have said Obama erred when he pulled back from launching airstrikes on Syria to enforce a “red line” he set against Assad government’s use of chemical weapons. The result, they argued, was to diminish U.S. credibility in Moscow, Damascus and elsewhere because the perception took hold that Obama would not keep his word and follow through on his threat.

Two U.S. officials said the speed with which the Syrians have advanced in Aleppo and the diplomatic track has collapsed caught some in the administration off guard. The fall of Aleppo would restore Assad’s rule over western Syria’s most important city and deal a devastating blow to the rebels.

As a result, one of the officials said, the list of options is narrowing to supporting rebel counterattacks elsewhere with additional weaponry or even airstrikes, which “might not reverse the tide of battle, but might cause the Russians to stop and think.”

Another official said any weapons supplies would not include shoulder-fired anti-aircraft missiles, or Manpads, which the Obama administration fears could fall into the hands of Islamic State militants or al Qaida-linked groups.

The most dramatic option under consideration – but considered less likely – would be a U.S. airstrike on a Syrian air base far from the fighting between Assad’s troops and rebel forces in the north, officials said.

Other ideas under consideration include sending more U.S. special operations forces to train and advise Kurdish and Syrian rebel groups, and deploying additional American and allied naval and airpower to the eastern Mediterranean, where a French aircraft carrier is already en route.

U.S. officials had considered a humanitarian airlift to rebel-held areas, which would require escorts by U.S. warplanes, but this has been deemed too risky and has been “moved down the list,” one official said.

State Department spokesman John Kirby said on Wednesday that U.S. officials involved in the interagency process that deals with national security had discussed other Syria options “that don’t revolve around diplomacy.” He declined to elaborate.