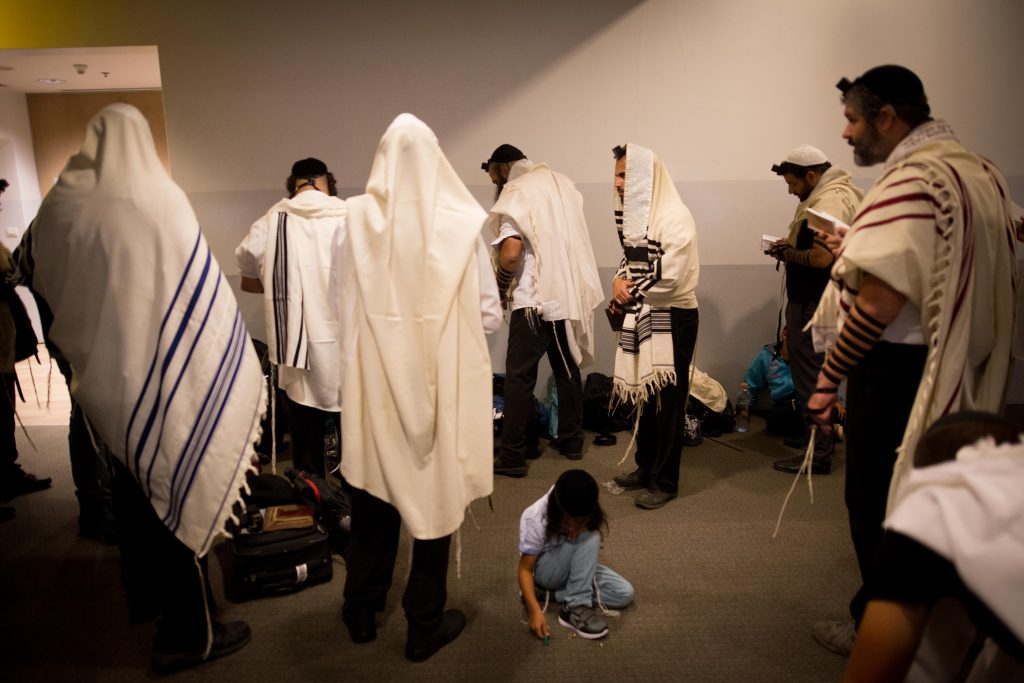 Like every year, tens of thousands from all over the world, from all walks of Jewish life, will travel to Uman to spend Rosh Hashanah near the kever of the Rebbe Harav Nachman of Breslov, zy”a, who had asked his Chassidim to travel to his kever for Rosh Hashanah.

Many flights were added Thursday to cater to the tens of thousands who were headed to Uman for Rosh Hashanah.

Officials at Ben Gurion Airport were preparing for what may be their greatest test ever Thursday: the arrival of tens of thousands of Jews from abroad coming to Israel to celebrate the Yamim Nora’im, the departure of tens of thousands – many of them headed to Uman for Rosh Hashanah – and the arrival of hundreds or perhaps thousands of VIPs, reporters and others to attend the Friday funeral of President Shimon Peres.

Thursday was already set to be the busiest day in Ben Gurion Airport’s history, with some 95,000 people arriving and departing from Israel. Exacerbating the situation will be the fact that Israeli airspace is likely to be closed for several stretches, as planes ferrying the likes of President Barack Obama and other heads of state and top officials land.

Among the strategies that the Airports Authority plans to implement in order to ensure that schedules are kept as close to on time as possible is increasing the frequency of takeoffs. The Authority will be allowing 34 planes to take off an hour – with less than two minutes between takeoffs – as well as increasing the frequency of landings. All ground personnel will be on duty, with many working overtime, to ensure that luggage gets to where it needs to go.