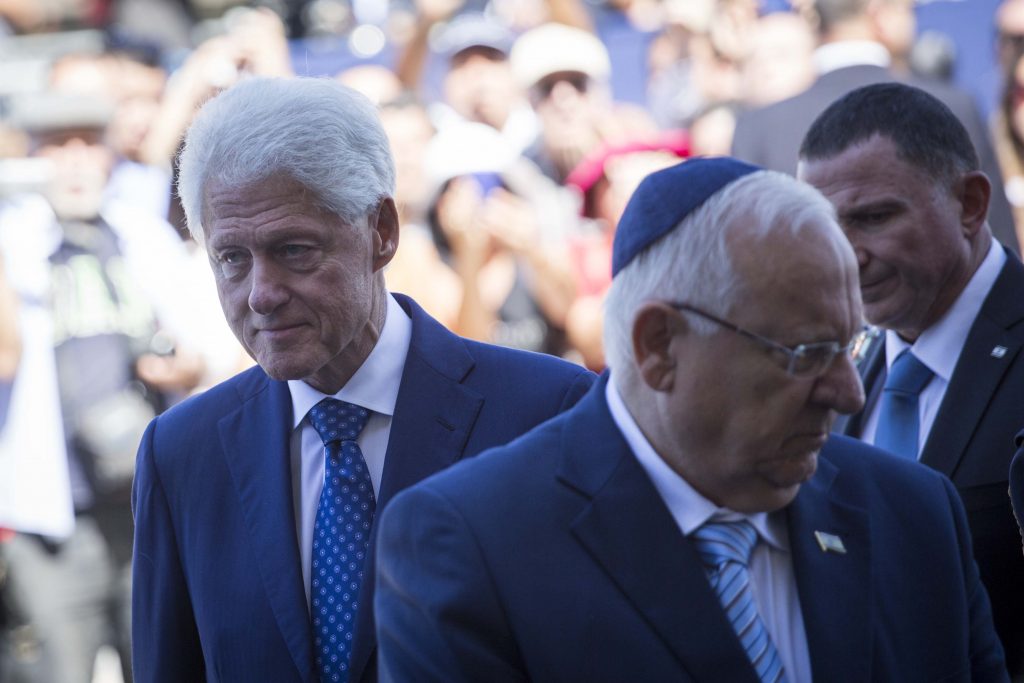 Comments made by Israeli President Reuven Rivlin about the role of Ukrainians in the Holocaust sparked denials from nationalist factions following his speech to the country’s parliament on Wednesday.

Rivlin said that members of the nationalist OUN militia and others were complicit in the Nazi extermination of Jews in Ukraine, according to a Jewish Telegraphic Agency report.

The speech was given ahead of a ceremony at Babi Yar to commemorate the murder 75 years ago of at least 33,000 Jews at that ravine in Kiev. Rivlin cut short a state visit to fly back to Israel for the funeral of Shimon Peres.

“About half a million Jews were murdered in what is now Ukraine during World War II, in Babi Yar and many other places, they were shot in forests or in ravines,” Rivlin stated. “Many collaborators in these crises were Ukrainians. Among them, combatants of the OUN stand out especially [for how] they humiliated Jews, killed them, and in many cases betrayed them to the Germans.”

His acknowledgment of Ukrainian heroism during the Holocaust — Yad Vashem has honored 2,544 Ukrainians with the title of Righteous among the Nations — did not quell the wave of indignation.

Bogdan Chervak, the first deputy chairman on the State Committee for TV and Radio of Ukraine, said that “What Rivlin did can unambiguously be interpreted as spitting in the face of Ukrainians” at a time when the people he accused of perpetrating crimes are no longer alive to defend themselves.

More than 20 Jewish groups expressed concern about rising denial of the Holocaust in Ukraine in a joint statement last July, and it may be that which prompted Rivlin to address the issue with specificity.