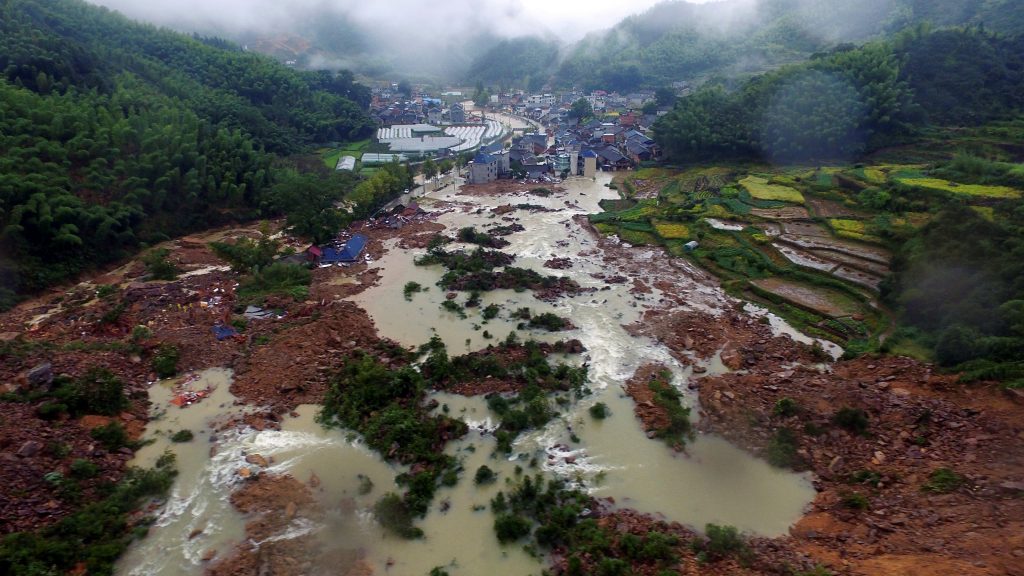 Rescuers have pulled 15 people alive from a landslide that slammed into a village in China’s eastern Zhejiang province after a typhoon, but 32 people are still missing there and in another nearby village, state media said on Thursday.

Heavy rains brought by the remnants of Typhoon Megi caused the landslide to crash into Sucun village on Wednesday.

Pictures posted on official provincial news portal Zhejiang Online showed survivors being carried out on the backs of rescuers, while others dug through rubble to find survivors.

It gave no details of the 26 still missing in Sucun other than to say one was an official who had been in the village to organize evacuations.

A mass of debris rolled down a lush mountain towards the small village, according to images posted on Zhejiang Online.

Six people in Baofeng village in the same province were also missing after their homes were destroyed by a separate landslide, the official Xinhua news agency said.

Mountainous Zhejiang and its neighboring provinces are frequently hit by typhoons at this time of year and are also highly susceptible to landslides.

Megi had already killed four people and injured more than 523 in Taiwan since it roared in from the Pacific Ocean.