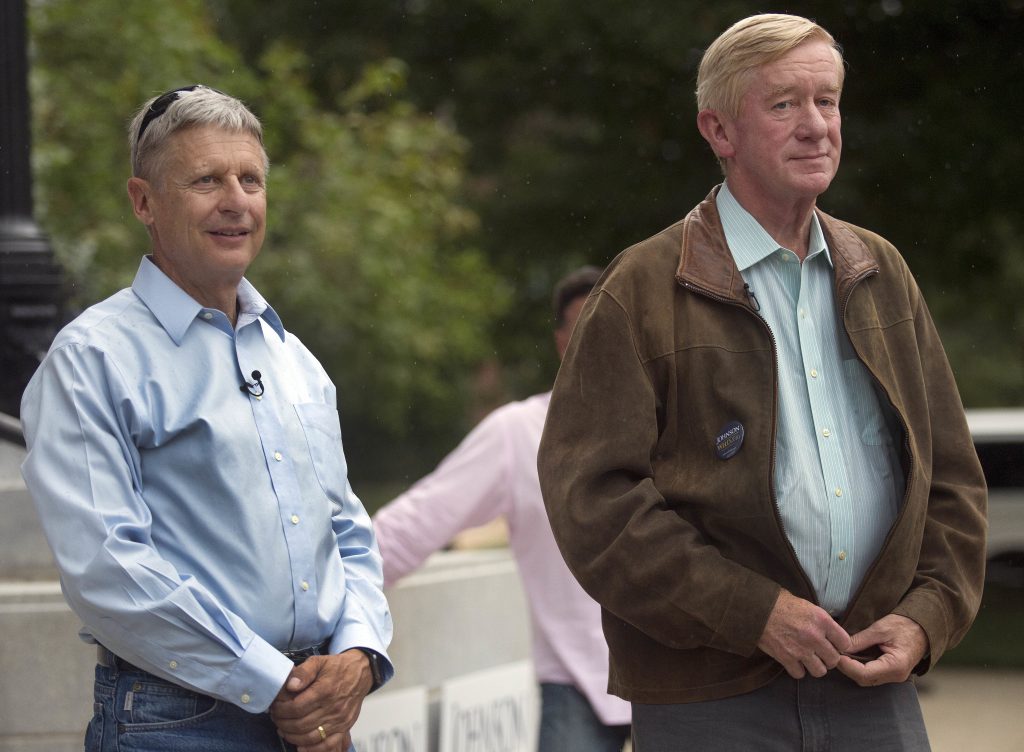 With polls showing a tightening presidential race, Hillary Clinton’s campaign is playing defense against third-party candidates to keep them from widening Donald Trump’s path to victory.

“You have some people who are dancing with a third party,” said David Plouffe, who ran President Barack Obama’s 2008 campaign. “You’ve got to go out there and fight. We know from history that they can make a difference.”

Support for Johnson, a former New Mexico governor, is at 7.4 percent, according to a RealClearPolitics average of national polls, and he exceeds that number in battlegrounds like Colorado, Nevada and New Hampshire. Stein, a doctor and activist, has consistently polled in the low single digits, though she isn’t on the ballot in some key states like North Carolina.

Polls show that Johnson is not only drawing interest from Republicans turned off by Trump, but from millennials whom Clinton wants as part of her coalition this year. The generation, which includes voters age 18 to 35, makes up about a third of the electorate.

“When you see Johnson and Stein combined with 8, 10, 11, 12 points in some of these polls, that’s a problem,” said Mark Longabaugh, who advised Vermont Sen. Bernie Sanders in the primary. “That is the differential in the election at this point.”

The Clinton campaign has already stepped up its efforts to win over younger voters who are more willing than older generations to consider third-party candidates. Obama won at least 60 percent of voters under 30 in 2008 and 2012; Clinton has lagged behind that level in polls even though millennials favor her over Trump.

Her strategy includes calling on Sanders, her rival in the Democratic primary, to help prevent his young supporters from drifting toward Johnson or Stein.

Clinton and Sanders campaigned together on Wednesday in New Hampshire, a state won decisively by Sanders during the primary and now considered a target by the Johnson campaign.

“New Hampshire could decide the outcome,” said Sanders, who is expected to ramp up his travel on Clinton’s behalf. “This election is enormously important for the future of our country. It is imperative that we elect Hillary Clinton as our next president.”

High-profile Democrats cautioned voters not to be tempted to vote for Johnson or Stein.

“If you vote for a third-party candidate who’s got no chance to win, that’s a vote for Trump,” Obama said on Steve Harvey’s radio show Wednesday. “So the notion somehow that, ‘Well, you know, I’m not as inspired because Barack and Michelle, they’re not on the ballot this time, and, you know, maybe we can kind of take it easy’ — my legacy’s on the ballot. You know, all the work we’ve done over the last eight years is on the ballot.”

“Casting a protest vote for a third-party candidate that’s going to lose may well affect the outcome and may well lead to a consequence that is deeply, deeply troubling,” Kaine said in an interview last week.

Enthusiasm for third-party candidates often recedes as the election draws closer and voters recalibrate their decisions, and the likelihood of a Trump victory could push more people into Clinton’s corner. Clinton’s campaign also plans to emphasize certain parts of her biography, including her work for the Children’s Defense Fund as a young law school graduate, to win over skeptics.

“The more that voters on all sides — those interested in Donald Trump and those interested in third-party candidates — hear about that career and about what she wants to do as president, the more they will be open to supporting Hillary Clinton,” said Jesse Ferguson, a spokesman for the former secretary of State’s campaign.

“You could certainly say Johnson is a lot more hip than Clinton or Trump,” Nielson said. “He does things a lot of millennials can see themselves doing,” like hiking or biking. Johnson also supports legalizing marijuana nationwide.

The Libertarian ticket has found an opening in an electorate disillusioned with political parties and government in general, said John Della Volpe, director of polling at the Harvard University Institute of Politics.

“It’s about a lack of trust with Hillary Clinton and the system more generally,” he said. “He is the vessel that, at this stage of the campaign, a fairly significant number of folks are using to send a message.”