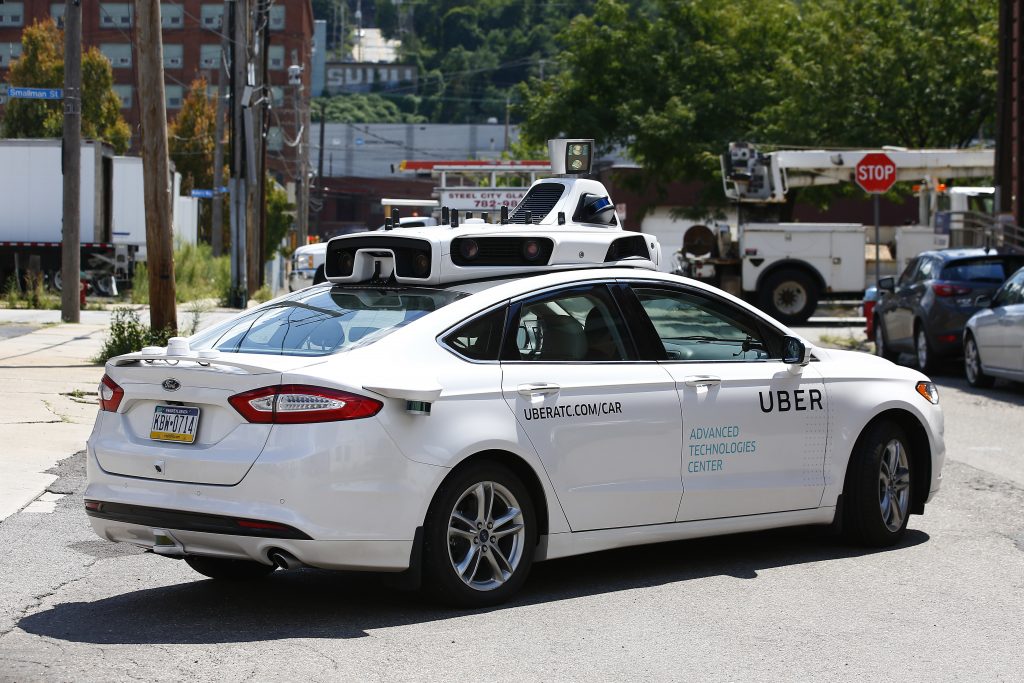 Yes: Creating Rules Now Will Save Many Lives

(Tribune News Service/TNS) – Millions of self-driving cars will eventually be on our roads, so the government is smart to start regulating the technology now to ensure it is safe.

Driverless vehicles, by some estimates, could be in dealership showrooms in three years, and the federal government is right to jump in early with common-sense plans to regulate cars that will be an integral part of this country’s transportation system.

In fact, that regulation can’t come too soon: A fatal accident involving a Tesla operating in auto-pilot mode has garnered much news coverage, and there have been reports of numerous fender-benders involving self-driving cars.

The Department of Transportation recently issued guidelines — not quite official regulations — that showed the Obama administration’s support for a driverless future and kicked off the regulatory process that will be necessary for the technology to succeed.

The guidelines include a 15-point safety standard for designing and developing autonomous vehicles, a call for state governments to come up with uniform policies for self-driving cars, and clarification on how current regulations can be applied to such cars.

The guidelines build on work started in 2013, when the Obama administration dealt with driverless car safety for the first time by issuing some definitions for the technology and pledging more safety research.

In short, the guidelines prevent companies from doing just anything they want without any oversight but are vague enough to protect automakers and tech firms from overregulation.

“We left some areas intentionally vague because we wanted to outline the areas that need to be addressed and leave the rest to innovators,” Bryan Thomas, a spokesman for the National Highway Traffic Safety Administration, told The New York Times.

This is exactly the right attitude. Innovation matters most.

After all, it’s innovative thinking that sparked this technology, which proponents say will save lives and lower prices for consumers.

Consider this: The widespread use of self-driving vehicles could eliminate 90 percent of all auto accidents in the U.S., prevent up to $190 billion in damages and health costs annually, and save thousands of lives, according to a report by consulting firm McKinsey & Co.

Throughout most of our history, the technology has come first, with the law following.

With driverless cars, we have a chance to reserve that pattern to our benefit.

Remember that cars zoomed across the land before drivers were licensed, and as a result, too many people died. Cellphones were everywhere long before states had the sense to outlaw texting while driving.

And although it’s impossible to predict how new technological advances will change the world, being ready for them is smart.

Car companies are certainly getting ready, quickly increasing their investments in the technology in a rush to bring the cars to market.

Tesla plans to have a fully driverless car ready by 2018, and many other companies have plans to roll out self-driving cars by 2020.

Given the glacial pace of most federal regulation, getting safety guidelines in place now, as self-driving cars are just beginning to hit the road, makes good sense.

Whitt Flora is an independent journalist who covered the White House for The Columbus Dispatch and was chief congressional editor for Aviation Week & Space Technology magazine.

No: Regulating Driverless Cars Before They’re Road-Ready Is Silly

(Tribune News Service/TNS) – With headlines galore signaling the coming of the driverless car, the federal government has done what it does best. It has announced a plan to regulate.

In Washington, this is not exactly big news. The gleaming Department of Transportation complex on New Jersey Avenue houses hundreds of people who have come to Washington for essentially one reason: to regulate.

Show them an innovation as juicy as the driverless car, and they begin salivating like hungry dogs. They can’t resist.

The first steps have been carefully laid out in a 112-page document prepared by the National Highway Traffic Safety Administration. It provides “guidance” as to how the industry should go about launching the autonomous car and its many related technologies.

The NHTSA document makes it clear the federal government will be taking an aggressive regulatory posture when it comes to autonomous vehicles.

In his discussion of the document, Secretary of Transportation Anthony Foxx spoke of giving the NHTSA “additional authorities” for evaluating the technology before it comes to market.

The problem with government approvals is they are frequently misguided. When federal officials take a liking to a certain technology, for example, they bestow that technology with great advantages over its competitors.

It’s very possible in this selection process that a self-driving technology with long-term promise will get the short-end of the government’s stick, while another will receive favorable treatment based on bureaucratic judgments.

Car companies are at their most efficient when they can develop products on their own and under their own budget. It is still early in the driverless era, but not too early to consider cost. On the government side, the autonomous car will mean more committees, more studies and more experts — and taxpayers will pick up the tab.

Another contentious aspect of the plan is the government’s desire for companies to share their development data with each other.

Hearing this, one has visions of Thomas Edison being told to share his plans for an electric light bulb with his competitors. Or Bill Gates being asked to share his early computer designs with other tech pioneers.

But, of course, this is the Obama administration at its anti-competitive best. Everybody should know what everyone else is up to. That way, no one will feel left out.

It’s a shame life doesn’t really work that way. When incentives are removed, so is the motivation to do better than your competitors. When achievement is discouraged and everyone gets a trophy, what you wind up with is the Postal Service.

With all their futuristic appeal, truly autonomous vehicles are probably a long way off. All the major companies are working in the general area. And some driverless features can already be found in today’s modern car.

But some daunting questions remain: How will the driverless cars mix with the 250 million vehicles currently being driven in the U.S. by humans? And who among us wants to sit in a driverless car on icy or rain-slick roads?

So yes, the driverless car is coming. We’re just not sure as to exactly when it will arrive.

When the French futurist Jules Verne published his fictional From the Earth to the Moon in 1865, the whole world was abuzz with talk of actually traveling to the moon. Every young boy imagined himself a pilot of a spacecraft, and a century of science fiction was created overnight.

But it was 104 years before Neil Armstrong actually stepped down on the dusty lunar surface.

Similarly, the driverless car has captured our imaginations. And the hundreds of scientists and engineers at work on autonomous technologies are the best indication something really good is coming.

Until then, the federal government should do us all a favor and let the driverless era come to life with as few rules and regulations as possible.

The driverless car holds great promise for the future. But it shouldn’t be restrained by the heavy hand of government.

Bill Noack is a consultant who has advised some of the nation’s top industrial companies.