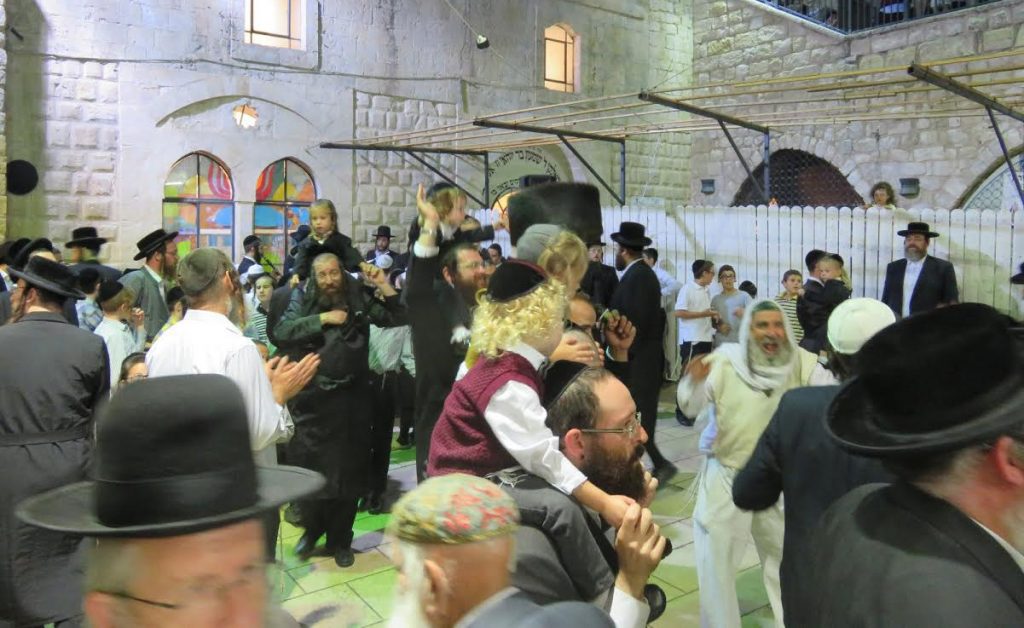 Many 3-year-old boys had their chalakah, first haircut, at the kever.