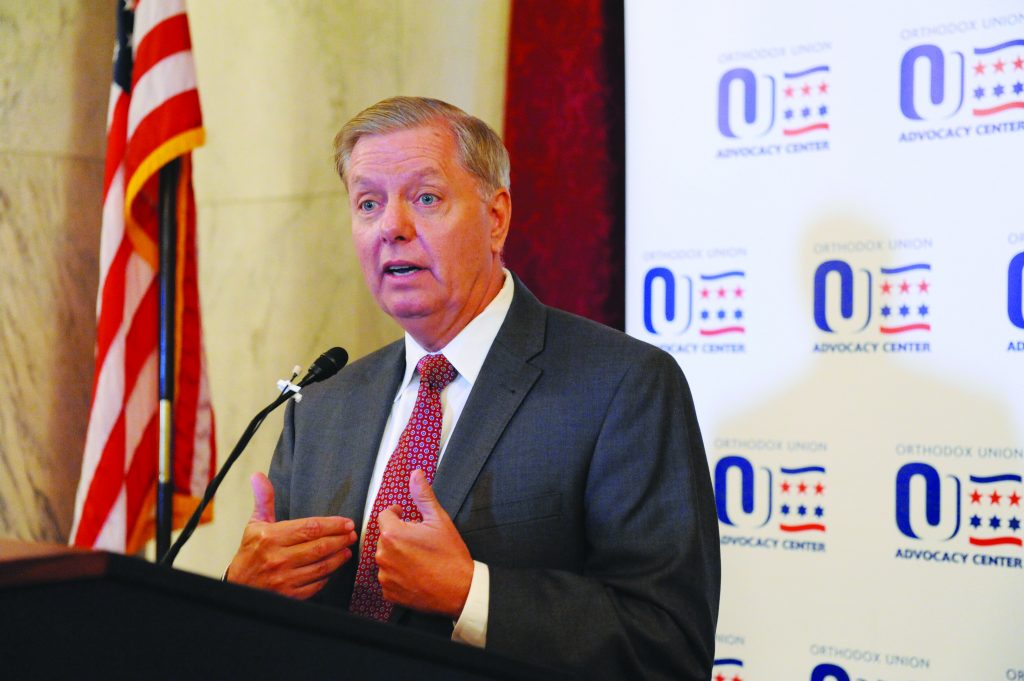 Legislation introduced by a group of Republican senators would present a stark ultimatum to the Palestinian Authority (PA) stating that it must take clear steps to fight terror if their government is to continue receiving U.S. aid dollars.

The most concrete demand the bill makes is that the PA must cease issuing pensions in reward for acts of terror. The legislation is named for Taylor Force, a former U.S. Army officer who was stabbed and killed by a Palestinian terrorist while visiting Israel.

Senator Lindsey Graham, the bill’s lead sponsor, introduced the proposal at a press conference on Wednesday. He said that curtailing payments to terrorists was a pre-requisite to meaningful peace talks.

“The Palestinians need to decide — do they condemn these horrible acts or do they reward them,” said Sen. Graham. “You can’t be a partner in peace when you are paying people to commit terrorist acts.”

The Palestinian Authority, under the leadership of President Mahmud Abbas, routinely pays pensions to terrorists who have killed civilians, forwarding the payments to families in the event that attackers themselves are imprisoned or are no longer alive.

According to Israeli government sources, PA payments to terrorists can range from $400 to $3500 per month and accounts for $75 million dollars of its annual budget, which totals over $3 billion. The amount of aid supplied by America has varied over the past two decades. In 2015, amidst pressure from Congress to send a message regarding PA incitement, funding was cut from $370 million to $290 million.

This is not the first attempt to keep aid money from being used for terrorist pensions. This past July, Senator Daniel Coats (R-Ind.), who is also a sponsor of the bill, inserted a clause in the State and Foreign Operations Appropriations Bill that called on the State Department to estimate the amount paid in such stipends and subtract the total from the American aid provided to the PA.

“To provide American taxpayer dollars to the Palestinian Authority so that it can treat terrorists as heroes or glorious martyrs is morally unacceptable,” said Sen. Coats. “Our hope is that applying this budgetary pressure will end this immoral program of rewarding and encouraging terrorists.”

Besides discontinuing pensions, the present bill also calls for the State Department to certify that the PA is “taking credible steps to end acts of violence” including public condemnation and “taking steps to investigate and cooperate in investigations bringing perpetrators to justice.” According to the legislation, if these conditions are not met, all U.S. funding to the P.A. will be suspended.

A spokesman for Sen. Graham told Hamodia that while it is unlikely that the Obama administration would support the legislation, the “next president will likely be forced to address this issue.”