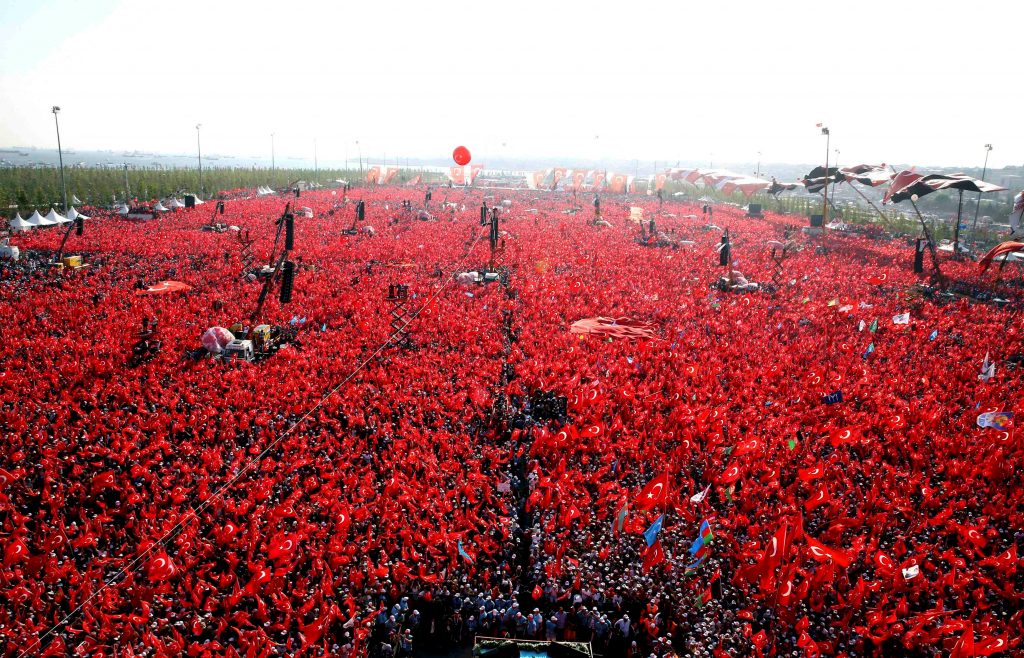 Turkey has formally arrested 32,000 people in its investigation of a religious movement the government blames for staging a military coup attempt on July 15, Justice Minister Bekir Bozdag said on Wednesday.

In a live interview with broadcaster NTV, Bozdag also said a total of about 70,000 people have faced legal proceedings on suspicion of links with U.S.-based cleric Fethullah Gulen, whom the government says engineered the failed coup. Gulen, who lives in the United States, denies any involvement.

Turkey is building a new courthouse in the town of Sincan, near the capital Ankara, and needs more facilities in order to prosecute all of the Gulen followers implicated in the coup plot, Bozdag said. Turkey deems the Gulen movement as a terrorist organization.