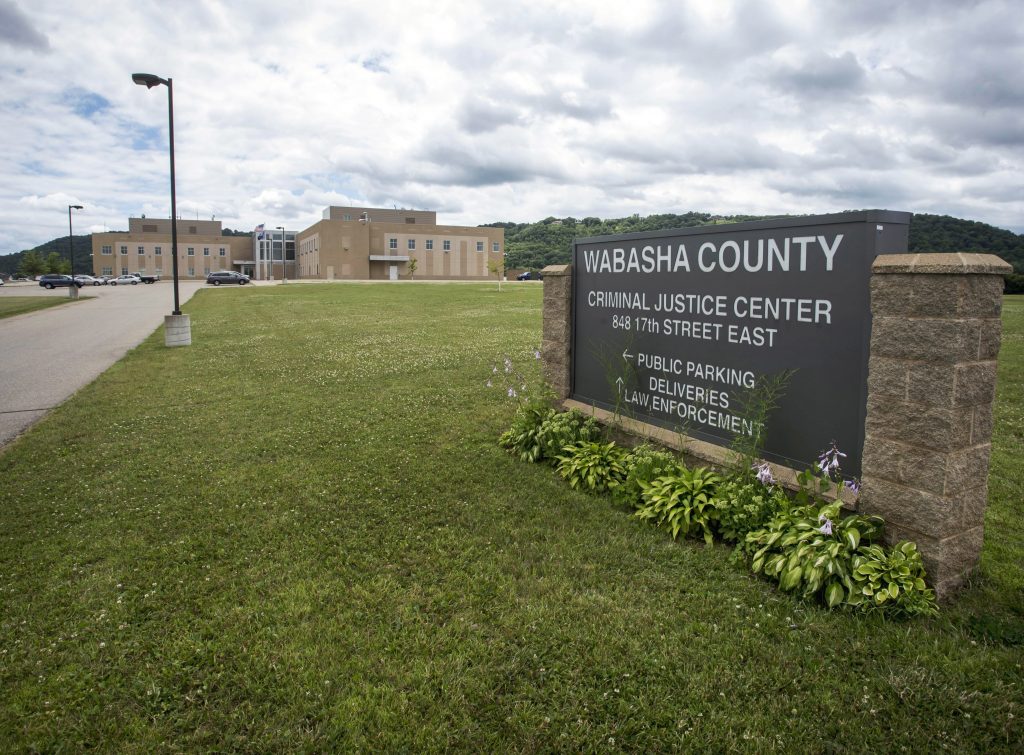 Police officers across the country misuse confidential law enforcement databases to get information on business associates, neighbors, journalists and others for reasons that have nothing to do with daily police work, an Associated Press investigation has found.

Criminal history and driver databases give officers critical information about people they encounter on the job. But the AP’s review shows how those systems also can be exploited by officers who, motivated by personal quarrels, personal conflicts or nosiness, sidestep policies and sometimes the law by snooping. In the most egregious cases, officers have used information to harass, or have tampered with or sold records they obtained.

No single agency tracks how often the abuse happens nationwide, and record-keeping inconsistencies make it impossible to know how many violations occur.

But the AP, through records requests to state agencies and big city police departments, found law enforcement officers and employees who misused databases were fired, suspended or resigned more than 325 times between 2013 and 2015. They received reprimands, counseling or lesser discipline in more than 250 instances, the review found.

Unspecified discipline was imposed in more than 90 instances reviewed by AP. In many other cases, it wasn’t clear from the records if punishment was given at all. The number of violations was surely far higher since records provided were spotty at best, and many cases go unnoticed.

The misuse represents only a tiny fraction of the millions of daily database queries run legitimately during traffic stops, criminal investigations and other police encounters. But the worst violations profoundly abuse systems that supply vital information on criminal suspects and law-abiding citizens alike. The unauthorized searches demonstrate how even old-fashioned policing tools are ripe for abuse, at a time when privacy concerns about law enforcement have focused mostly on more modern electronic technologies. And incomplete, inconsistent tracking of the problem frustrates efforts to document its pervasiveness.

The AP tally, based on records requested from 50 states and about three dozen of the nation’s largest police departments, is unquestionably an undercount.

Some departments produced no records at all. Some states refused to disclose the information, said they don’t comprehensively track misuse, or they produced records too incomplete or unclear to be counted. Florida reported hundreds of misuse cases of its driver database, but didn’t say how often officers were disciplined.

And some cases go undetected, officials say, because there aren’t clear red flags to automatically distinguish questionable searches from legitimate ones.

“If we know the officers in a particular agency have made 10,000 queries in a month, we just have no way to (know) they were for an inappropriate reason unless there’s some consequence where someone might complain to us,” said Carol Gibbs, database administrator with the Illinois State Police.

The AP’s requests encompassed state and local databases and the FBI-administered National Crime and Information Center, a searchable clearinghouse that processes an average of 14 million daily transactions.

The NCIC catalogs information that officers enter on certain criminals, including immigration violators, suspected gang members, people with outstanding warrants and individuals reported missing, among others. Police use the system to locate fugitives, identify missing people and determine if a motorist they’ve stopped is driving a stolen car or is wanted elsewhere.

Officers are instructed that those systems, which together contain data far more substantial than an internet search would yield, may be used only for legitimate law-enforcement purposes. They’re warned that their searches are subject to being audited and that unauthorized access could cost them their jobs or result in criminal charges.

‘SENSE OF BEING VULNERABLE’

Officers have sought information for purely personal purposes, including criminal records checks of co-workers at private businesses. A Phoenix officer ran searches on a neighbor during the course of a longstanding dispute. A North Olmsted, Ohio, officer pleaded guilty this year to searching for a friend’s landlord and showing up in the middle of the night to demand the return of money he said was owed to the friend.

The officer, Brian Bielozer, told the AP he legitimately sought the landlord’s information as a safety precaution to determine if she had outstanding warrants or a weapons permit. But he promised as part of a plea agreement never to seek a job again in law enforcement. He said he entered the plea to avoid mounting legal fees.

Other police employees searched for family members, sometimes at relatives’ requests, to check what information was stored or to see if they were the subjects of warrants.

Still other searchers were simply curious, including a Miami-Dade officer who admitted checking dozens of officers and celebrities.

Deb Roschen, a former county commissioner in Minnesota, alleged in a 2013 lawsuit that law enforcement and government employees inappropriately ran repeated queries on her and other politicians over 10 years. The searches were in retaliation for questioning county spending and sheriff’s programs, she contended.

She filed an open records request that revealed her husband and daughter were also researched, sometimes at odd hours. But an appeals court rejected her suit and several similar cases this month, saying the plaintiffs failed to demonstrate the searches were unpermitted.

“Now there are people who do not like me that have all my private information … any information that could be used against me. They could steal my identity, they could sell it to someone,” Roschen said.

“The sense of being vulnerable,” she added, “there’s no fix to that.”

Violations are committed by patrol officers, dispatchers, civilian employees, court personnel and high-ranking police officials. Some made dozens of improper searches. Some were under investigation for multiple infractions when they were punished, making it unclear whether database misuse was always the sole reason for discipline.

Agencies uncover some violations during audits, or during investigations into other misconduct. Some emerge after a citizen, often the target of a search, finds out or grows suspicious.

The AP sought to focus on officers who improperly accessed information on others, but also counted some cases in which officers divulged information to someone not authorized to receive it, or ran their own names for strictly personal purposes, including to check their car registrations.

The tally also includes some cases in which little is known about the offense because some agencies provided no details — only that they resulted in discipline.

The AP tried when possible to exclude benign violations, such as new employees who ran only their own names during training or system troubleshooting. But the variability in record-keeping made it impossible to weed out all such violations.

Agencies in California, for instance, reported more than 75 suspensions, resignations and terminations between 2013 and 2015 arising from misuse of the California Law Enforcement Telecommunications System, state records show. But because the records didn’t identify officers or specify the allegations, it’s unclear whether multiple violations were committed by the same person or how egregious the infractions were.

Colorado disclosed about 35 misuse violations, without specifying punishment. Indiana listed 12 cases of abuse but revealed nothing about them. The Florida Department of Highway Safety and Motor Vehicles reported about 400 violations in 2014 and 2015 of its Driver and Vehicle Information Database, or DAVID, but didn’t include the allegations or punishment.

The FBI’s Criminal Justice Information Services Division offers training to state and local law-enforcement agencies on NCIC use, and conducts audits every three years that include a sample of local departments, said spokesman Stephen Fischer.

But it doesn’t track how often NCIC information is misused. Violations, which are not required to be reported directly to the FBI, are inconsistently disclosed to the federal government. The FBI relies on local agencies to address violations that are identified, Fischer said.

Officers are only occasionally prosecuted, and rarely at the federal level.

At his July sentencing, Buell said he hoped other officers would learn “to never put themselves in the position I’m in.”

It’s unsettled whether improper database access is necessarily a federal crime and whether it violates a trespass statute that criminalizes using a computer for other than authorized purposes.

A Florida Highway Trooper, Donna Watts, accused dozens of officers of searching her in the state’s driver database after she stopped a Miami officer for speeding in 2011. She alleged in lawsuits that she was harassed with prank calls, threatening posts on law enforcement websites and unfamiliar cars that idled near her home.

Each unlawful access, she said in a court document, “has either caused or worsened anxiety, depression, insomnia, and other medical/physical/psychological conditions I suffer.”

Law enforcement officials have taken steps to try to limit abuse, though they say they know of no foolproof safeguard given the volume of inquiries and the need for officers to have information at their fingertips.

The Minnesota Department of Public Safety said it changed the way officers access a state driver database after a 2013 legislative audit found over half of the 11,000 law enforcement personnel who use it made searches that appeared questionable. The audit was conducted after a former state employee was charged with illegally viewing thousands of driver’s license records.

In Florida, a memorandum of understanding this year increased the amount of field audits law enforcement agencies must undergo regarding DAVID usage. Troopers in the Florida Highway Patrol sign usage warnings when they access the DAVID system, and a criminal sanctions acknowledgment. Users are audited and instructed to select a reason for a search before making inquiries.

Denver’s independent monitor, Nicholas Mitchell, argued for strong policies and strict discipline as a safeguard, especially as increasing amounts of information are added to databases. His review found that most of the 25 Denver officers punished for misusing databases over 10 years received at most reprimands.

Miami-Dade police cracked down after the Watts scandal and other high-profile cases. The department now does quarterly audits in which officers can be randomly asked to explain searches. A sergeant’s duties have been expanded to include daily reviews of proper usage and troubleshooting, said Maj. Christopher Carothers of the professional compliance bureau.

Even if the public is unaware of the amount of available information, Carothers said, “The idea that police would betray that trust out of curious entertainment or truly bad intent, that’s very disturbing and unsettling.”