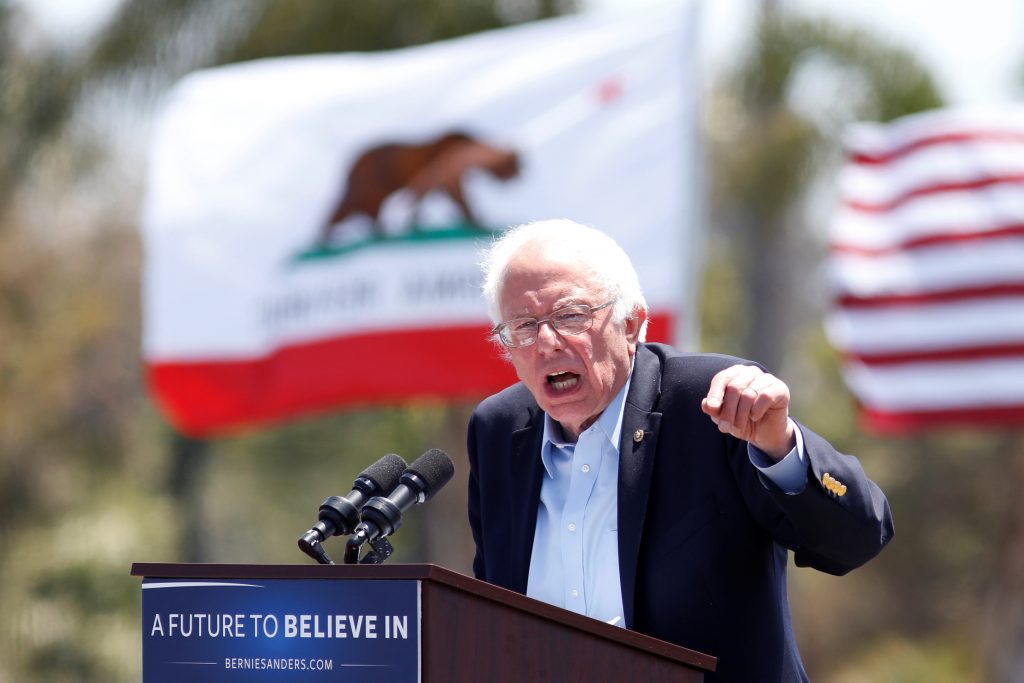 Clinton was joining Sanders on the campaign trail for the first time since they held a “unity” rally in July in an attempt to unify the Democratic Party. Since then, Clinton has continued struggling to win over young Americans who formed a critical pillar of the coalition that twice elected President Barack Obama.

The setting for the latest display of unity between Clinton and her primary rival — New Hampshire — was indicative of the areas where Clinton’s campaign believes she still has the most work to do. Sanders, from neighboring Vermont, resoundingly defeated Clinton in the February primary in New Hampshire, a battleground state in the November election.

Concerned that his supporters have yet to embrace Clinton’s campaign, Obama said he’s frustrated that people “just do not give her credit.” He suggested one reason was because she’s a woman and the U.S. has never had a female president. In a radio interview airing Wednesday with host Steve Harvey, Obama implored his supporters to make sure they’re registered and to vote for Clinton.

A day after Donald Trump appeared defensive over his debate performance, the Republican was working to flip the script. He’s claiming the debate was a success for him too, with his campaign saying it had raised about $18 million for Republicans in the day after Monday’s debate.

Both candidates were putting a renewed focus on facetime with voters in the most competitive states during the lull between the first debate and the next major campaign showdown: the vice presidential debate on Tuesday. Trump planned rallies Wednesday in Iowa in Wisconsin in addition to a speech in Illinois.

Aiming to demonstrate a broad base of support among both Democrats and Republicans, Clinton’s campaign was also dispatching Michelle Obama to hold a pair of events in Pennsylvania, a state Clinton is hoping to use as a firewall to prevent Trump from claiming the 270 electoral votes needed to win. Highly popular in her party, Mrs. Obama has been one of the most effective campaigners for Democrats this year.

Clinton was also showcasing a new endorsement from a Republican: former Virginia Sen. John Warner. He was to appear Wednesday in the Washington suburbs with Tim Kaine, Clinton’s running mate and Virginia’s current senator.