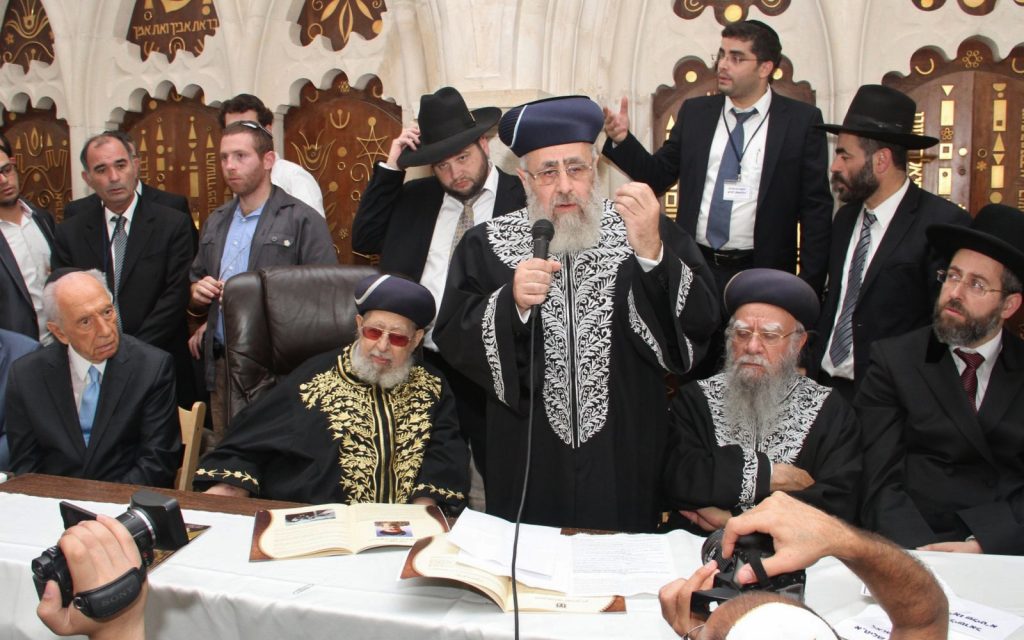 Upon his passing, the political leaders of chareidi and religious Jewry in Israel issued statements of condolence and sorrow over the passing of former President Shimon Peres. As one of Israel’s longest-lived politicians, Peres had a part in many of the issues and events that have shaped relations between religious communities and the secular state – among them protecting the status quo on religious matters and preventing forced conscription of yeshivah students.

Health Minister Rabbi Yaakov Litzman said that “the Health Ministry and the health system in Israel bows it head at the passing of the ninth President, Shimon Peres. His merits are many and important, and his contribution to the lives of Israelis in all areas, both individual and social, is tremendous. Especially important were his efforts to enhance Israel’s medical technology and its scientific efforts, for the good of all.

“Especially important were Peres’s efforts to enable yeshivah students to continue with their studies in arrangement with the IDF,” the statement of the Health Minister said. “Throughout his life, Peres emphasized the importance of Torah learning and labored intensively to ensure the rights of bnei yeshivah.”

Deputy Education Minister Rabbi Meir Porush said in a statement that “besides being one of the builders of the state, and his important role in its defense, especially in the establishment of the Dimona nuclear reactor, Shimon Peres has a special place in the hearts of chareidi Jewry for his efforts in ensuring that yeshivah students could continue with their studies in arrangement with the IDF. I am sure this will stand as a great zechus for Shimon in Shamayim, along with his other many merits and the great things he did for the public and in private.”

Shas head MK Rabbi Aryeh Deri said that Peres “respected those who learned Torah. His close ties with Harav Ovadia Yosef, zt”l, were well known. He would visit Harav Yosef before the chagim in order to get a brachah.”

Finance Committee Chairman Rabbi Moshe Gafni said that “Peres received a brachah for long life from the Chofetz Chaim, zt”l, and indeed this came to pass. It is in his merit that yeshivah students have been able to continue to strengthen their learning since the first days of the state.”