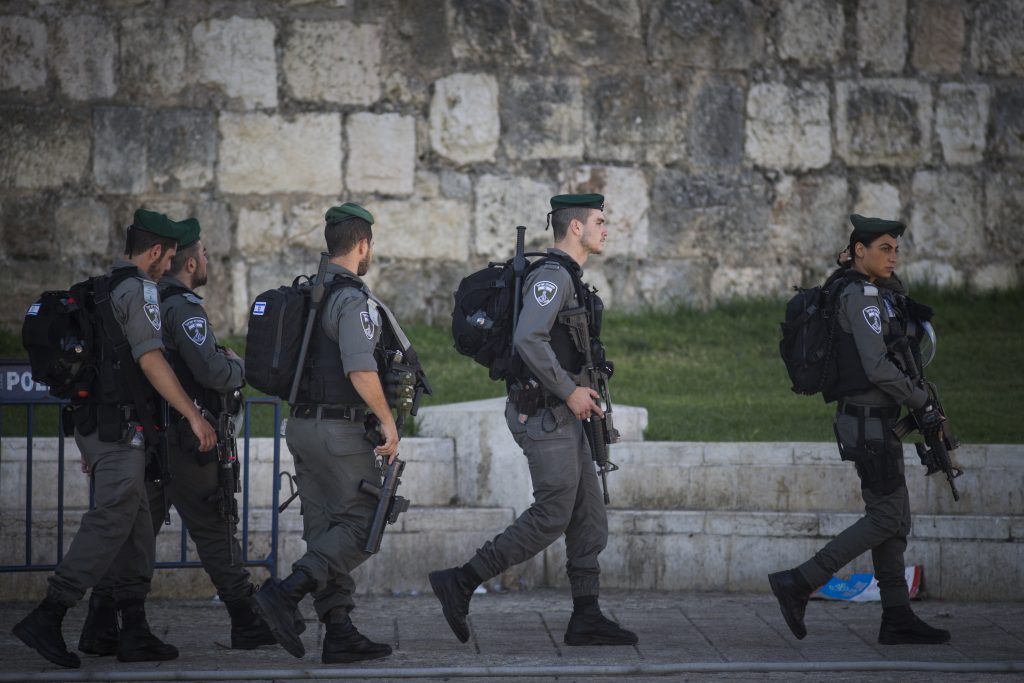 Police had asked people to be vigilant while carrying out their normal activities, but did not cite any specific threat.

The warning came after police finalized security preparations throughout the capital and at flashpoints around the country for the upcoming period of the chagim.

However, the alert was canceled Tuesday evening.