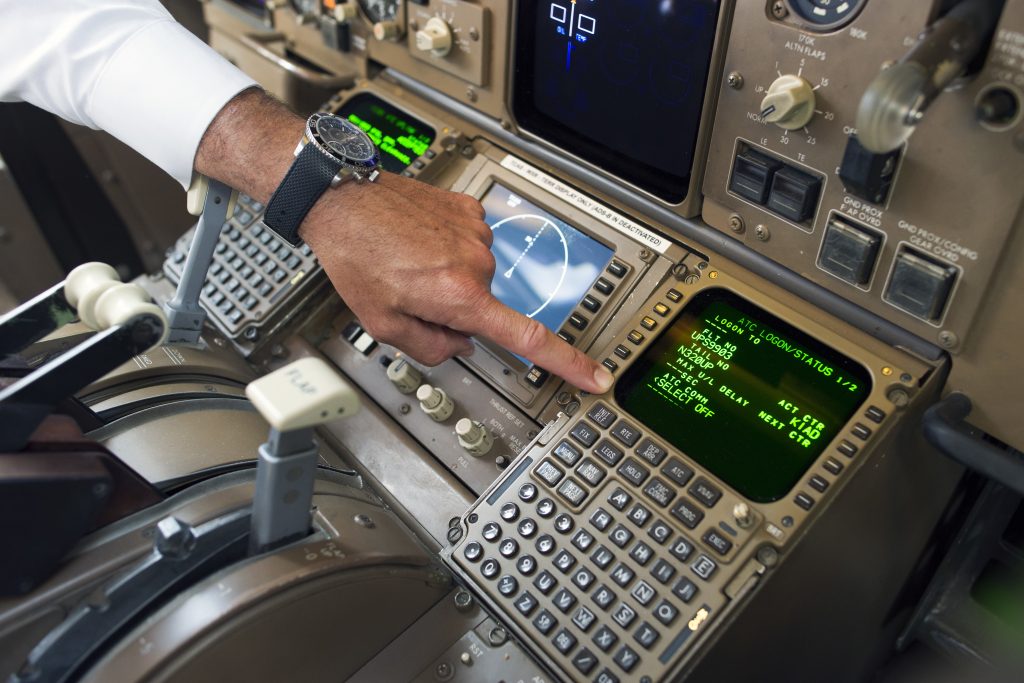 Airline pilots and air traffic controllers are on schedule to switch to text communications at most of the nation’s busiest airports by the end of the year, a milestone that holds the potential to reduce delays, prevent errors and save billions of dollars in fuel cost, says the Federal Aviation Administration.

Controllers and pilots will still use their radios for quick exchanges like clearance for takeoff and in emergencies and situations where time is critical. But the nation’s air traffic system is gradually shifting to text messages for a majority of flying instructions.

That’s a big advantage, say government and industry officials, because up until now longer and more complicated instructions like route changes for pilots of planes waiting to take off are communicated verbally, with each word laboriously spelled out in the radio alphabet.

For example, HARD becomes “Hotel Alfa Romeo Delta.” And it is hard to get it right. Pilots have to write down the directions as the controller reads them — then they read them back, also spelling out each word. If there is a mistake, the controller reads the directions back to the pilot again the same way, and so on. Even when there are no mistakes, the process can eat up valuable minutes.

If controllers want to reroute planes around a thunderstorm, they have to contact each plane by radio to relay instructions individually. With dozens of planes waiting for their turn to get instructions, the process can take 30 minutes or longer.

With the new system, called Data Comm, a controller can type a few instructions into a computer, tap a key and send the message directly to the flight management computers in each plane that needs the information. Pilots read the information on cockpit display screens and decide with the push of a button whether to accept it. The controller’s message is also sent directly to airline flight dispatch computers, eliminating more time-consuming steps.

Typing errors are always a risk with text messaging, but officials said the system has built-in safeguards that cause it to reject messages with certain errors.

“Data Comm will allow passengers to get off the tarmac, into the air and to their destinations more quickly,” said Jim Eck, FAA’s assistant administrator for modernization of the air traffic system. “Airlines will be able to stay on schedule and packages will be delivered on time.”

Data Comm was rolled out at Dulles International Airport outside Washington, D.C., three weeks ago. “We’re all loving it,” said controller Sharlotte Yealdhall. “It has made a huge difference.”

So far, Dulles controllers have been able to substitute Data Comm for voice communications for about 10 to 20 percent of their departures. That share will increase as airlines equip more of their planes to use the technology.

Delta estimates that Data Comm can shave one minute off the time it takes a plane to taxi for takeoff. Spread over Delta’s fleet of planes, the airline says that adds up to a savings of about $20 million a year.

The FAA estimates Data Comm will save airlines more than $10 billion over the next 30 years and the government another $1 billion.

The FAA began testing Data Comm in 2013 at airports in Memphis, Tennessee, and Newark, New Jersey. At the start of this year, it was in use at five airports. The FAA says it expects the system to be in use at 50 airports by the end of the year.

Planes waiting to take off at airports are one phase of the Data Comm rollout. The system is already in use in for high-altitude air traffic on busy trans-Atlantic routes, but not during the high-altitude phase of domestic flights. The FAA expects to have the system ready at its air traffic centers that handle high-altitude flights beginning in 2019.